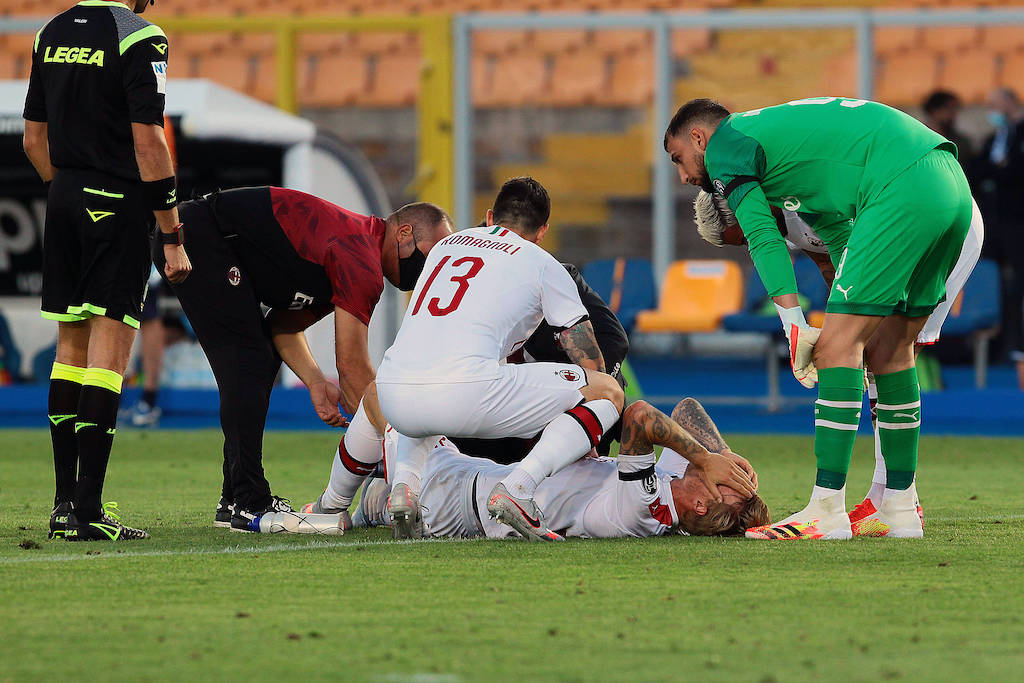 Some positive news has emerged from an initial MRI scan that AC Milan defender Simon Kjaer underwent after his injury on Monday night.

There was a spot of panic moments after Milan took the lead in the first half when Kjaer collapsed in a heap after a late challenge, though the Danish international managed to continue for a few minutes.

According to what is being reported by MilanNews, the MRI scan performed this morning on Kjaer following the injury to his right knee excluded ligament damage.

It is of course positive news for Stefano Pioli as it likely excludes a long-term absence, however if Kjaer is not available for the Roma game then he will only have two fully fit centre-backs in Alessio Romagnoli and Gabbia.