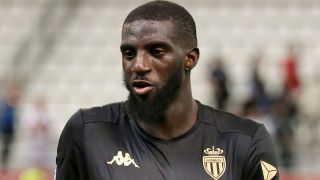 The Tiemoue Bakayoko saga involving AC Milan and Chelsea is far from over with contacts between the clubs ongoing, a report claims.

Despite the fact that the Rossoneri now boast a midfield department consisting of Ismael Bennacer, Franck Kessie and Sandro Tonali, there general consensus is that Paolo Maldini and Ricky Massara are working to give head coach Stefano Pioli a fourth player of quality in that area.

According to MilanNews, Milan’s priority is to improve the defensive department by signing a new centre-back given the current injury problems, but it is equally true that the Bakayoko negotiation has not halted.

Milan are simply waiting to see what their path in Europe will be and also want a discount from Chelsea on the option to buy which will be inserted into the paid loan deal, with €25m the maximum they are willing to go up to.

Contacts between the parties are continuing and the Bakayoko track is still to be strongly taken into consideration.