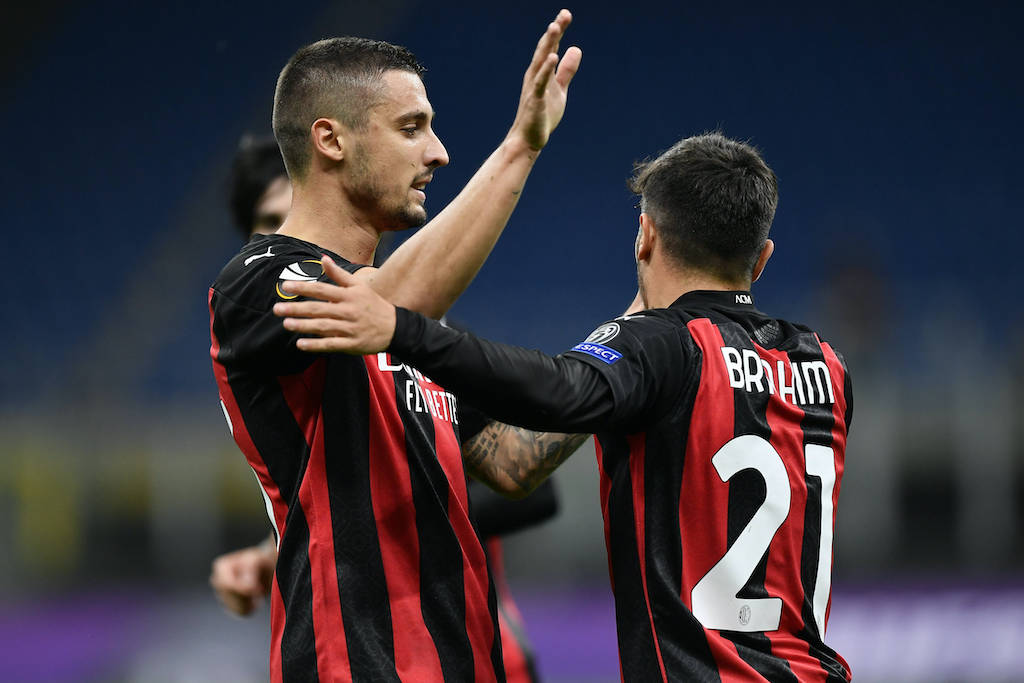 Stefano Pioli will make some changes with respect to Sunday’s starting XI for Thursday’s Europa League game against Lille, according to MilanNews.

Milan will be looking to take a big step towards securing qualification for the knockout stages of the Europa League when they host the Ligue 1 high flyers.

Alessio Romangoli, Simon Kjaer and Theo Hernandez will keep their places in the back four in front of Gianluigi Donnarumma, but a muscle problem sees Davide Calabria out with Diogo Dalot ready to take his spot.

Pioli will choose to field the same holding midfield pairing that was seen at Celtic Park last month as Franck Kessie will be partnered by Sandro Tonali with Ismael Bennacer getting a rest.

There will be no rest for Zlatan Ibrahimovic as the Swede will be supported by a trident of Samu Castillejo, Brahim Diaz and Rade Krunic.