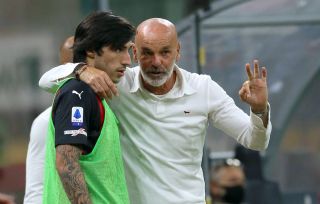 Milan will take on Panathinaikos in their sixth and final friendly of the pre-season tomorrow, hoping to end what has been a positive tour on a good note. It will thus be interesting to see what XI Stefano Pioli will go with.

According to MilanNews, the manager has two doubts in his head and they are the centre-back and left-wing position. For the former, Fikayo Tomori and Alessio Romagnoli have been the starters thus far but Simon Kjaer is back and wants to crack on.

Rafael Leao has provided mixed performances both as a centre-forward and a left-winger this pre-season but he has arguably looked better as the latter. As things stand, he’s ahead of Ante Rebic to start on the left tomorrow.

Other than that, the XI is what you would expect as new signings Mike Maignan and Olivier Giroud both will play from the first minute, having impressed thus far. Take a look at the full expected XI below.

READ MORE: Florenzi arrival means even less space for Castillejo – the latest on his future