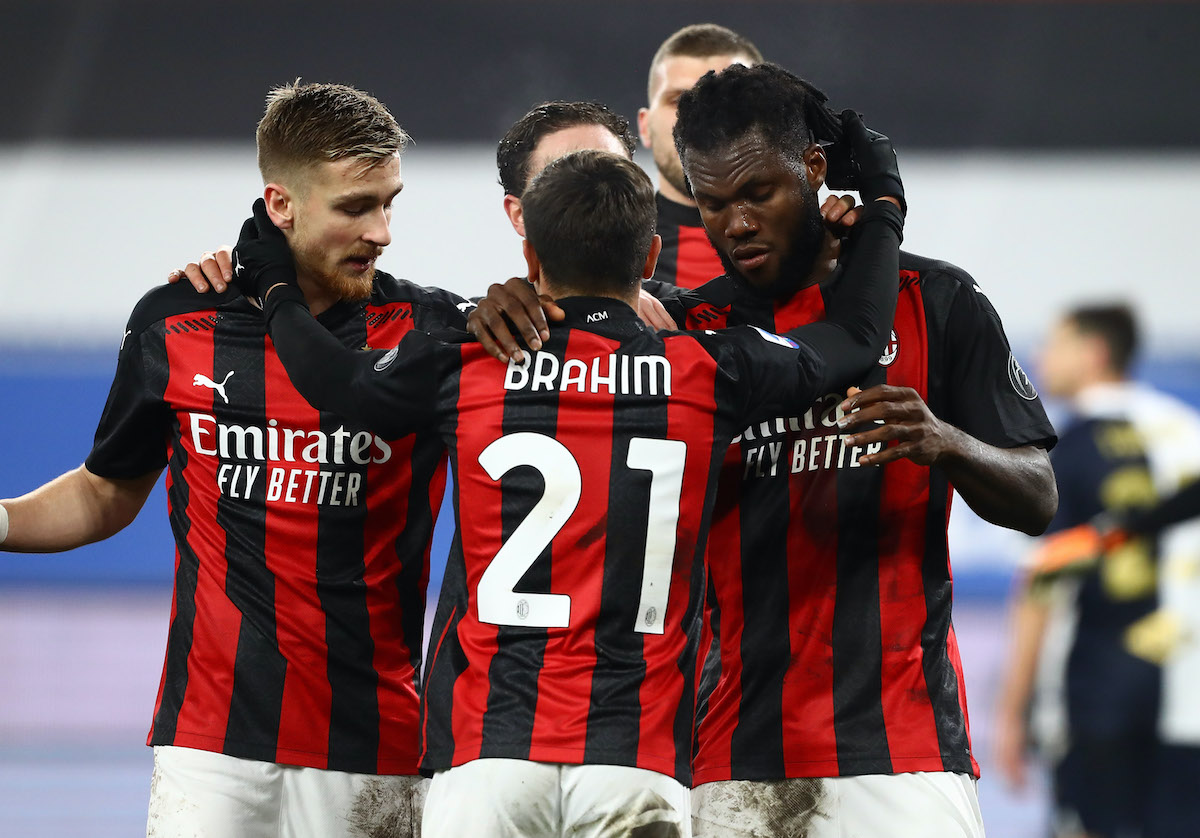 According to MilanNews, the Rossoneri will be without Zlatan Ibrahimovic, Rafael Leao, Ante Rebic and Pietro Pellegri for the game so the only natural centre-forward option is Olivier Giroud, while Davide Calabria and Simon Kjaer will also be out as is common knowledge by now.

Theo Hernandez has been struggling with fever for the past week and did not train with the team right up until the game against Napoli on Sunday, forcing him to miss it, but everything suggests he should be back for the game in Tuscany.

The report claims it will be Mike Maignan in goal, Alessandro Florenzi at right-back, Fikayo Tomori and Alessio Romagnoli as the centre-backs and Theo Hernandez at left-back. In midfield a double pivot of Sandro Tonali and Ismael Bennacer are tipped to get the nod again.

Junior Messias and Alexis Saelemaekers should be on the right and left wing respectively and Olivier Giroud is likely to take the spot of the injury Ibrahimovic up front. There is doubt about the playmaker role, with Krunic just edging the battle over the out of form Brahim Diaz at present.