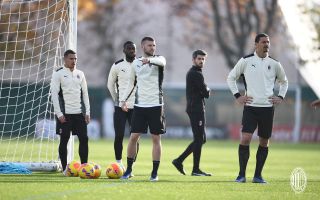 MN: Rebic left training session early due to flexor problem – his condition to be evaluated

AC Milan will assess Ante Rebic’s condition in the coming days after he left training early at Milanello today, according to a report.

Rebic took advantage of the international break to recover his full fitness after the ankle injury he suffered against Verona. He was feeling much better and he came on for half an hour in the second half of the derby, meaning he was ready to start against Fiorentina on Saturday night, but then news arrived today stating that he will miss the game as Pioli confirmed.

According to MilanNews, Rebic withdrew himself from this afternoon’s training session at Milanello due to flexor problem. The Croatian striker, after a heel strike, felt a pain that forced him to leave.

The extent of the injury will be assessed in the coming days, and it is from there that recovery times will be known, but it is certainly another annoying blow for the Croatian winger.

READ MORE: Probable Milan XI to face Fiorentina – one doubt in attack for Pioli to resolve