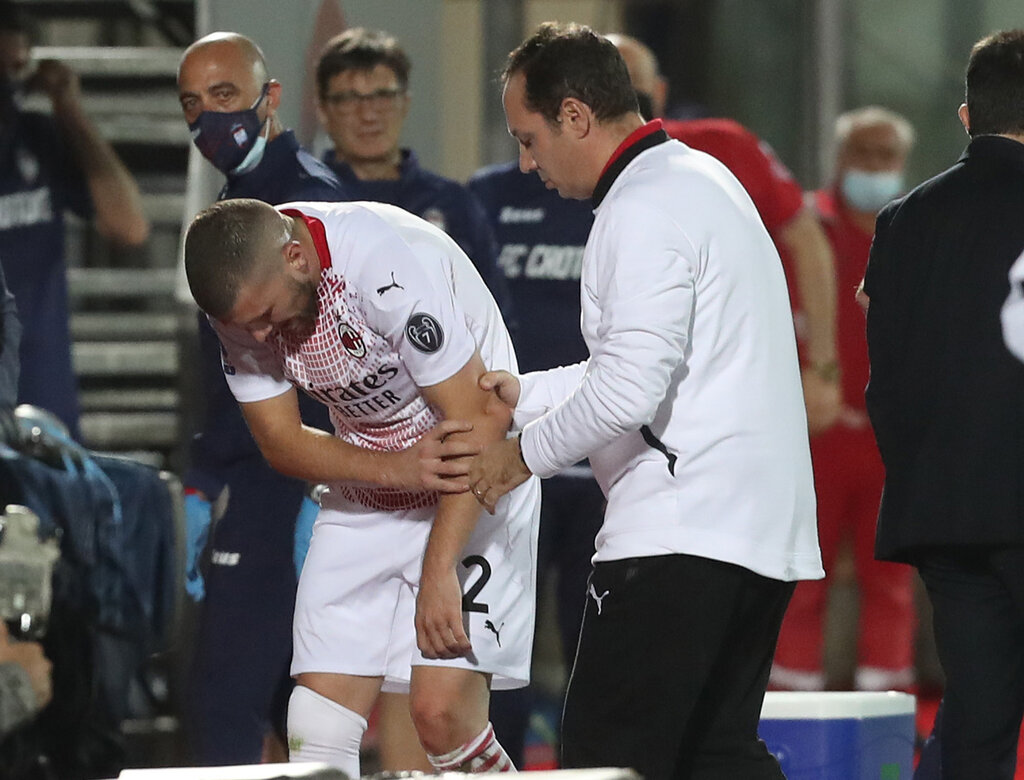 MN: Rebic undergoes latest checks on elbow injury – the latest on his hopes for the derby

Ante Rebic will have to undergo further tests on his elbow to determine whether he will be fit to face Inter in the derby, a report claims.

It was the second half of Milan’s 2-0 win over Crotone when Rebic went down in a heap during a counter-attack, and it quickly became apparent that he had suffered a pretty serious arm injury.

As MilanNews notes, the Croatia international was ultimately sidelined due to a dislocation of his left elbow rather than a fracture, and on Tuesday he underwent a specialist examination as scheduled.

The player was seen to by Professor Alessandro Castagna of Humanitas of Milan who advised Rebic to continue with the therapy he is already undergoing.

Therefore, a new re-evaluation of the elbow is expected in the middle of next week and from that it will be decided whether Rebic is ready to play the derby against Inter on the Saturday.