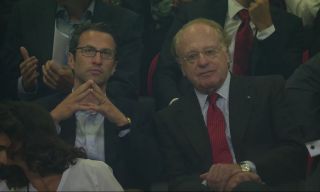 MN: Representatives of Milan’s ownership will be present at Anfield tonight

After seven long years, AC Milan are finally back in the Champions League and will take on Liverpool at Anfield tonight. In addition to the management, representatives of Elliott Management will also be present for the game.

According to MilanNews, in addition to Paolo Scaroni, Paolo Maldini and Frederic Massara, representatives of the Milan ownership will be present at the stadium. As we know, the club is owned by American hedge fund Elliott Management.

It’s a strong signal of closeness, as the report states, not only showing support for the team but also the ‘Italian’ group of directors that has built this team in the last two years. Finally, there is something to show for all of the hard work.

It’s possible that Gordon Singer, son of Paul Singer (CEO of Elliott), will be one of the representatives accredited. Either way, we can only hope that Milan will get a good result.