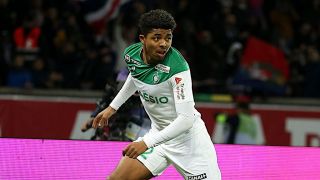 MN: Saint-Etienne star is Milan’s opportunity – scouts believe he could start for 10+ years

AC Milan seem to have set their sights on Saint-Etienne defender Wesley Fofana and hope to close a deal before the window shuts.

As MilanNews reports, Milan can only call upon Simon Kjaer and Matteo Gabbia at present given that Alessio Romagnoli, Mateo Musacchio and Leo Duarte are all currently out, meaning a signing for the centre-back department must be secured ‘in the next few hours’.

During the interview he gave to the media prior to the win over Crotone on Sunday, sporting director Ricky Massara said the management will be ready if there are the right opportunities.

MilanNews reports that the ‘opportunity’ seems to be called Wesley Fofana. The offers that supposedly arrived at Saint-Etienne’s inbox from the Premier League were either not real or were rejected.

The 19-year-old has been the subject dozens of positive reports from the Milan scouts, co-ordinated by Geoffrey Moncada, and they believe he could be a starter for at least 10 years.

An investment is needed, perhaps with the simultaneous sale of Paqueta to calm the outlay, but time is running out and action is needed.