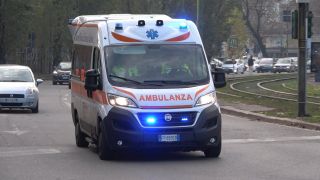 The AREU – the emergency arm of the Lombardy region’s government – have been able to buy a number of new vehicles thanks to AC Milan’s donation, a report claims.

Italy has been the hardest hit country by the coronavirus outbreak aside from China. As per Al Jazeera, the country reported 345 new coronavirus deaths over the last 24 hours taking its total death toll to 2,503 – an increase of 16 percent.

It was recently announced that Milan made a €250,000 donation to help local hospitals in the Lombardy region who are fighting hard to get the emergency under control, with players and staff also donating a day’s wages and others – like Zlatan Ibrahimovic – helping promote various initiatives.

According to MilanNews, the €250,000 donation from Milan and Fondazione Milan to the response efforts of AREU has helped purchase seven response vehicles.

The Milan Foundation logo will be affixed to them, as a tangible sign and legacy for the city of Milan and for the entire Lombardy region.

In addition to this sum, the contribution that players of the first team and managers made which will go to the donations collected through the fundraising campaign organised by the Fondazione Milan, with a goal of reaching €500,000 in total.