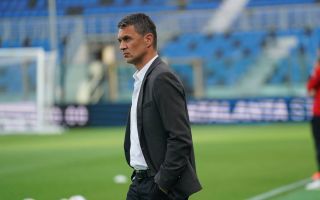 MN: The four market operations Milan are looking to complete including three signings

AC Milan are looking to complete four operations in quick succession now that the season is over, according to a report.

The Rossoneri’s 2-0 victory against Atalanta on Sunday night allowed the team to not only secure second place, but also to seal a return to the Champions League after a seven-year absence which gives the management greater flexibility on the market.

According to the latest from Antonio Vitiello of MilanNews on Twitter, there are four operations that could soon be completed, starting with Olivier Giroud’s arrival on a free transfer to reinforce the centre-forward department. Vitiello states that contacts are ongoing, and the name is ‘getting hotter’. In addition to the Frenchman, a young talent in attack could also arrive.

The priority regarding renewals meanwhile goes to Franck Kessie, who has become an absolute pillar of the team but his contract expires in 2022. Then, the permanent signing of Sandro Tonali from Brescia and Fikayo Tomori from Chelsea should be completed. Regarding the former, Milan wants to re-discuss the formula with Brescia and try to get a discount.