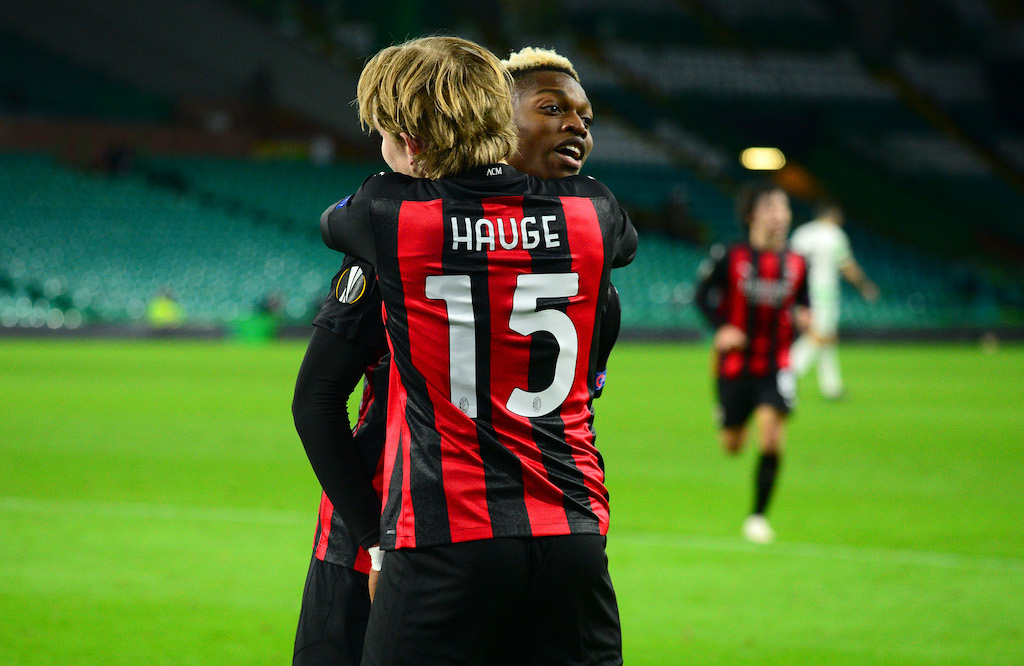 MN: Three players fighting for one spot – the leader, the hopeful one and the man under pressure

There is one spot in the Milan starting line-up that has intense competition with three players – arguably more – fighting for the spot.

As MilanNews reports, Jens Petter Hauge is now increasingly becoming the man of the moment with his three goals in the group stages of the Europa League and with the goal he scored against Napoli in Serie A.

The Norwegian is starting to climb the hierarchies of coach Stefano Pioli and this is good for Milan, who see competition as healthy in the locker room. Ante Rebic and Rafael Leao are the two players that he is battling with, and they have now been called to raise their game.

It must be noted though that when Rebic plays left, Theo Hernandez transforms into an additional forward and the pair seem to unlock each other thanks to their chemistry.

With the absence of a centre-forward – and with the subsequent displacement of the Croatian – Hauge immediately sent clear signals to his team-mates and the coach.

Leao is now forced to make a technical and mental leap in quality, because while has incredible potential, consistency has been missing. If he fails to fulfil his potential Hauge is ready to put the coach in difficulty to play more. All of it is a nice problem to have, as competition can only drive the levels up.