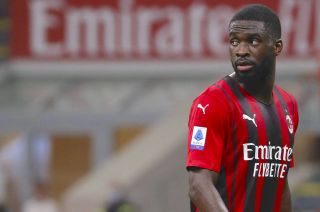 AC Milan made a sizeable investment to sign Fikayo Tomori permanently from Chelsea, and he has already gone about repaying them in the best way.

As MilanNews writes, Tomori was one of the few Rossoneri first team players who was available from the first day of preseason as he was not called up by Gareth Southgate for England’s Euro 2020 squad, which meant he was able to enjoy an excellent level of preseason preparation which is being reflection on the field.

Tomori’s desire to make his loan move permanent was his way of showing great confidence in the club’s project, given that he is one of the pillars of the team and has settled well in Italy. He has grown game after game, not only showing himself as a centre-back of very high quality but also as almost a playmaker in the rearguard given how comfortable he is in possession.

Simply put, Tomori is a safe bet for Pioli and his team-mates at the moment and given that he is just 23, he can only grow from a tactical and character point of view to become one of the world’s elite.