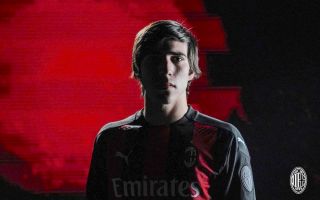 MN: Tonali’s gesture shows maturity and a desire to prove he belongs at Milan

Sandro Tonali has shown his loyalty to the Milan cause by accepting a salary cut from the previously agreed amount, a report claims.

MilanNews writes how the maturity of a footballer can be seen above all in the gestures he is capable of, and this applies to Tonali who has chosen to make a concrete gesture to demonstrate that he understood his mistakes and wants to be at Milan long-term.

The decision to lower his salary to close the negotiation between the Rossoneri and Brescia not only demonstrates an irrepressible desire to stay but it is also of an examination of conscience made by the player in understanding that the possibility of staying at Milan must be earned.

In a football era dominated by money, Tonali’s gesture testifies that his morality and his heart are in the right place, which should stand him in good stead for what will hopefully be a long and prosperous career.

In a season full of commitments, Tonali will have to demonstrate his qualities, but a third year in Serie A has certainly got off to the right start with such an excellent gesture.