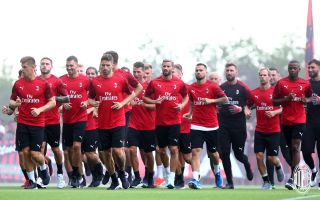 MN: Training suspended for the week – what the Milan players have been told to do

AC Milan’s players have basically been told to treat the closure of Milanello – the club’s training facilities – as an opportunity for an extended rest.

It was confirmed by Sky Italia earlier on Tuesday that the training session that the team held on Tuesday afternoon will be their last for a week due to the suspension of the league and the current panic surrounding the coronavirus outbreak in Italy.

According to what is being reported by MilanNews, all activities at Milanello are suspended until Sunday 15 March at least. The first team will meet again, unless otherwise indicated, on Monday 16 March at 14:00 CET.

During the forced stop period, players have been invited to stay at home and basically do not have a real exercise program to respect; i.e. everyone can train in an optional way.

From next Monday there will be an athletic program at Milanello in view of the resumption of the matches of April 3, when government restrictions on the suspension of the league should expire, but even that does not seem certain at this stage.