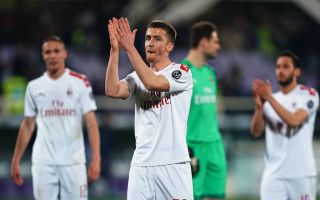 The new deals will expire on August 31st, the final date of the 2019/20 season although Milan’s will end earlier than that, since they aren’t competing in a European cup. The agreements were reached a while back, as reported by MilanNews.it.

In addition to preventing Stefano Pioli’s squad from decreasing, the renewals will also give Milan more time to assess the future of some players. Kjaer and Saelemeakers are two of them as the Rossoneri can trigger their buy-out clauses.

For the Belgian and the Dane, €3.5m each will be needed (€7m in total), also taking into account that Milan already have paid €3.5m to Anderlecht for the loan of the midfielder. Deciding in these weeks would have been hasty, now they can wait for clear ideas.