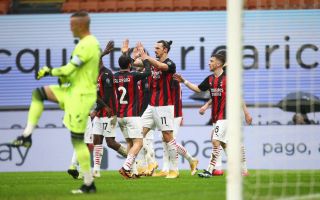 MN: What Ibrahimovic has told acquaintances regarding possibility of new Milan deal

Zlatan Ibrahimovic seems ready and willing to extend his contract by another year to continue playing into his 40s, according to a report.

There has been an abundance of speculation since the weekend that Ibrahimovic could stay at Milan beyond the end of the season and sign a new deal, given he shows no signs of stopping despite being 39 as he competes with Cristiano Ronaldo, Romelu Lukaku and others for the Capocannoniere.

According to MilanNews, Ibrahimovic has revealed to some acquaintances that he is ready to continue with Milan and while a final decision has not yet been made, the feeling is positive.

His attachment to the Rossoneri is very strong, but Zlatan is an intelligent person and before diving into another challenging year he wants to see how he feels from a physical and mental point of view.

The contract is the least of the problems because while the economic aspect matters, it is not the priority. The Swede wants to enjoy the last months of a very long and glorious career, and he will decide what to do towards the end of the season.

As we should expect from Zlatan, he is too focused on the present to imagine what will happen in May.