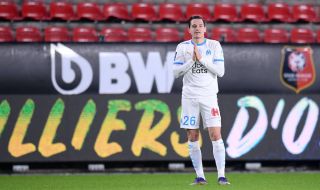 MN: Why Milan could hold an advantage over others in race for Marseille star

Milan made three signings in the January transfer window and also managed to offload some deadwood. However, they are already focused on the summer and the many opportunities it will bring.

According to MilanNews.it, the Rossoneri intend to reinforce the right side of their attacking trio, where Samu Castillejo and Alexis Saelemaekers currently play. The latter has impressed in the last year, but the former doesn’t hold the same status.

Paolo Maldini and Ricky Massara are considering a move for Marseille’s Florian Thauvin, whose contract will expire in the summer. They really like the player and the appreciation seems to be mutual, so much that optimism is filtering.

With Champions League next season, as things stand, the Rossoneri could be the right decision for the right-winger. However, the salary and above all the commissions to agents and intermediaries should be discussed.

And as a soon-to-be free agent, many teams have seized the opportunity to negotiate with Thauvin and therefore, it won’t be easy for Milan to win. But if the player likes the idea, then the Rossoneri will start with a margin of advantage over the other clubs.