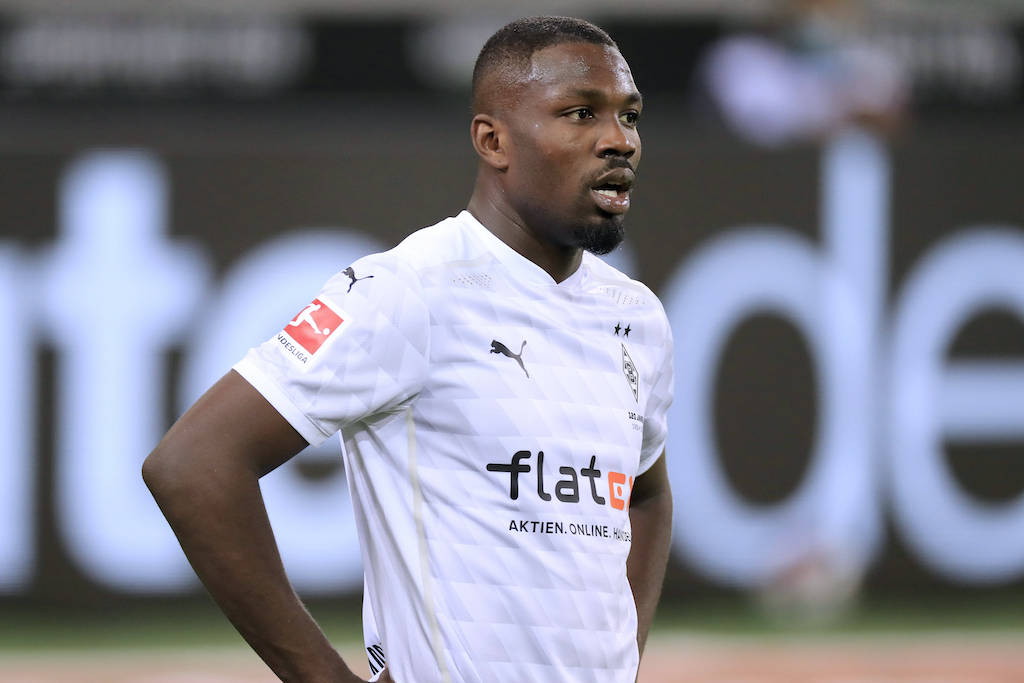 Monchengladbach star Thuram responds in a bold way to links with Milan, Juventus and Barcelona

Borussia Monchengladbach star Marcus Thuram has insisted that he has had no contact with any club amid links with AC Milan and other teams.

Bild reported earlier in the month how his exploits over the past couple of years have attracted the interest of Milan and Juventus who are ready to challenge two top European clubs who want him in Barcelona and Manchester City.

Thuram recently admitted to supporting Milan while growing up to go against his father, while he has also been picture wearing a Milan shirt in the past.

SportMediaset (via MilanLive) added how head coach Stefano Pioli has identified the newly-capped French international as the ideal reinforcement for his attacking department.

Thuram was asked about the transfer links by German news outlet Kicker, with his response transcribed by PianetaMilan.

“I am 100% focused on Borussia Mönchengladbach and I am very happy to be here,” he said.

“I’ve never talked to any other club. Borussia Mönchengladbach allowed me to go through various stages of my career, I play in the Champions League and I arrived in the national team.

“I grew up here as a player, but also as a person. It was the best choice for my career.”

So it seems that Thuram would not force an exit from a club that he clearly holds very dear to his heart, but the temptation of trying a new experience cannot be ruled out either.