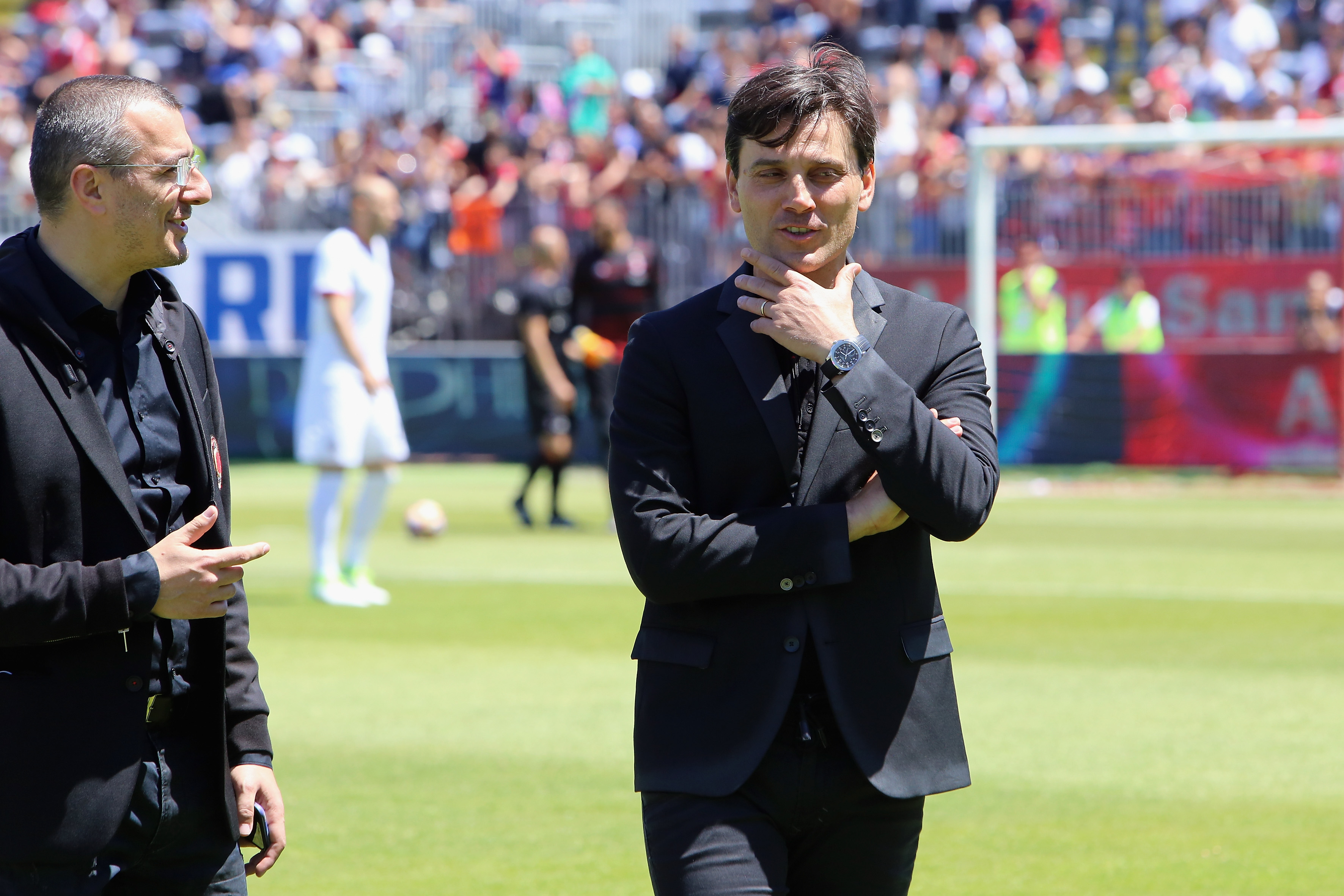 Montella: “Aside from today, it has been a very positive season”

Milan lost 2-1 to Cagliari earlier today in the final game of the season. After the match Coach Montella was asked questions on a plethora of topics.

Regarding the score: “We didn’t play a good game. I wasn’t happy and I am sorry to have lost this game.”

Bacca’s performances this season: “Bacca has a great career behind him. I could’ve done more for him and maybe he could’ve done better.”

Locatelli being dropped from the squad: “Locatelli started his season well then declined a bit. He is just 19 and I would like to train him again. Locatelli can be a resource for Milan in both the present and the future.”

Mino Raiola’s comments on Donnarumma: “I won’t comment on Raiola’s words. Everyone does his own job, he is not the one to whom I need to explain my words.”

The squad and upcoming Mercato: “I’ll give my technical assessments, I am in constant contacts with Mirabelli, we have a great relationship. We are considering the potential departing players and who could arrive at Milan. We had a zero cost transfer market, we didn’t spend any money in January. Now the market operations will be done. The ownership have great ideas and great will to construct a better team.”

Thoughts on the season overall: “Apart from today, it has been a very positive season. We have given many players a better value. We have returned to Europe and lifted a trophy, so it was a positive season.”

His own contract renewal: “I am calm. I trust the management and I don’t have anxiety.”