Montella: “I saw a good reaction; we beat a tough opponent”

AC Milan manager Vincenzo Montella praised a “great victory” as his side came from a goal down to beat Torino 2-1 at San Siro on Thursday night.

Milan produced an inspired second-half performance led by Giacomo Bonaventura, who set up Juraj Kucka to level before completing the turnaround three minutes later with a sweet volley.

“In the first half we were too slow and ran into a very good Torino side,” Montella told Rai Sport. 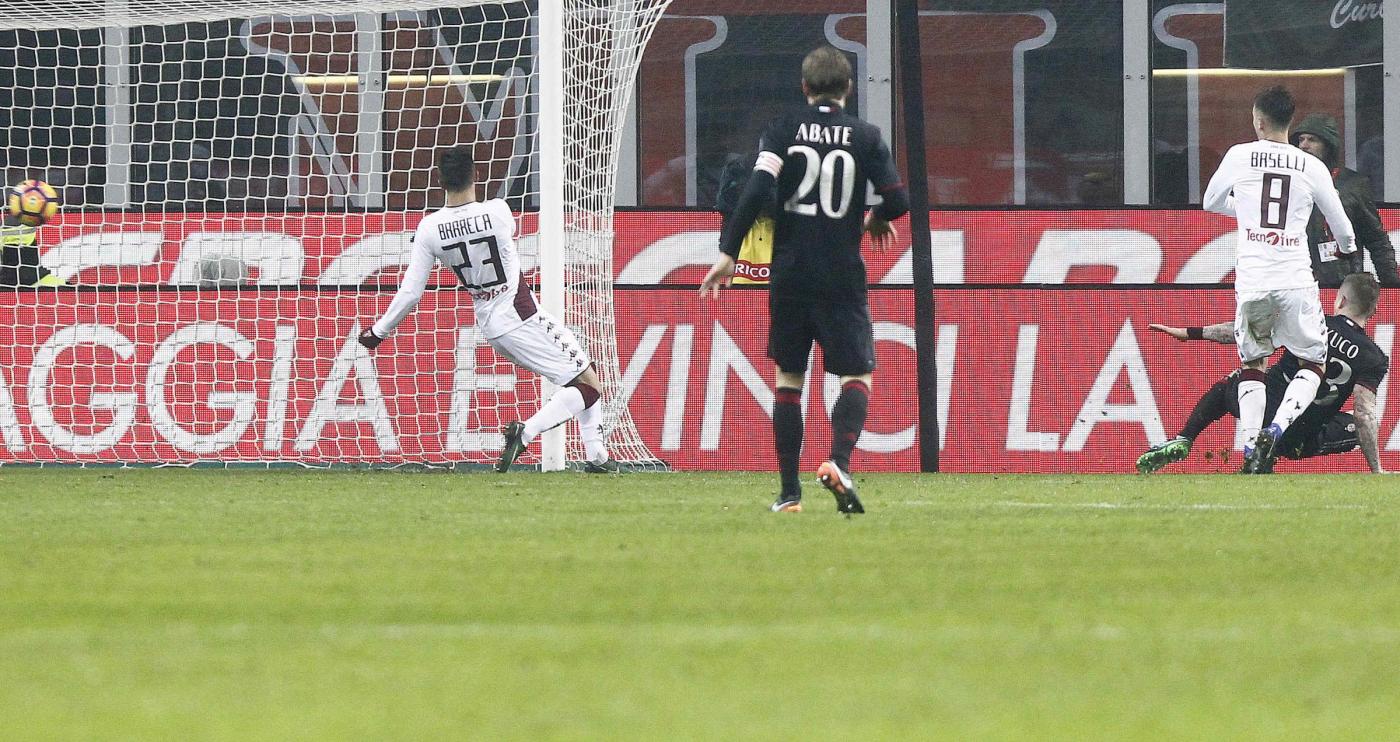 “Conceding the goal fired us up and I saw a good reaction. After the break we did well to complete the comeback and, in my view deservedly, beat a tough opponent. It was a great victory.”

Milan have been linked with signing Gerard Deulofeu from Everton, but the Milan coach remained coy on the rumours.

“I know Deulofeu pretty well, but I prefer to talk about the players in my squad, who deserve a great deal of praise.

WATCH: Both of #ACMilan's goals that completed the turnaround! ⚫🔴 pic.twitter.com/x8XhL86f64

“Many of the lads here came up through the Milan academy and I think any team that reaches a high level in this sport has to rely on its youth system.

“The ambition and aspiration is to bring even more youngsters up into the main squad.”

Milan will face Juventus in the Coppa Italia quarter-final on January 25 in Turin.