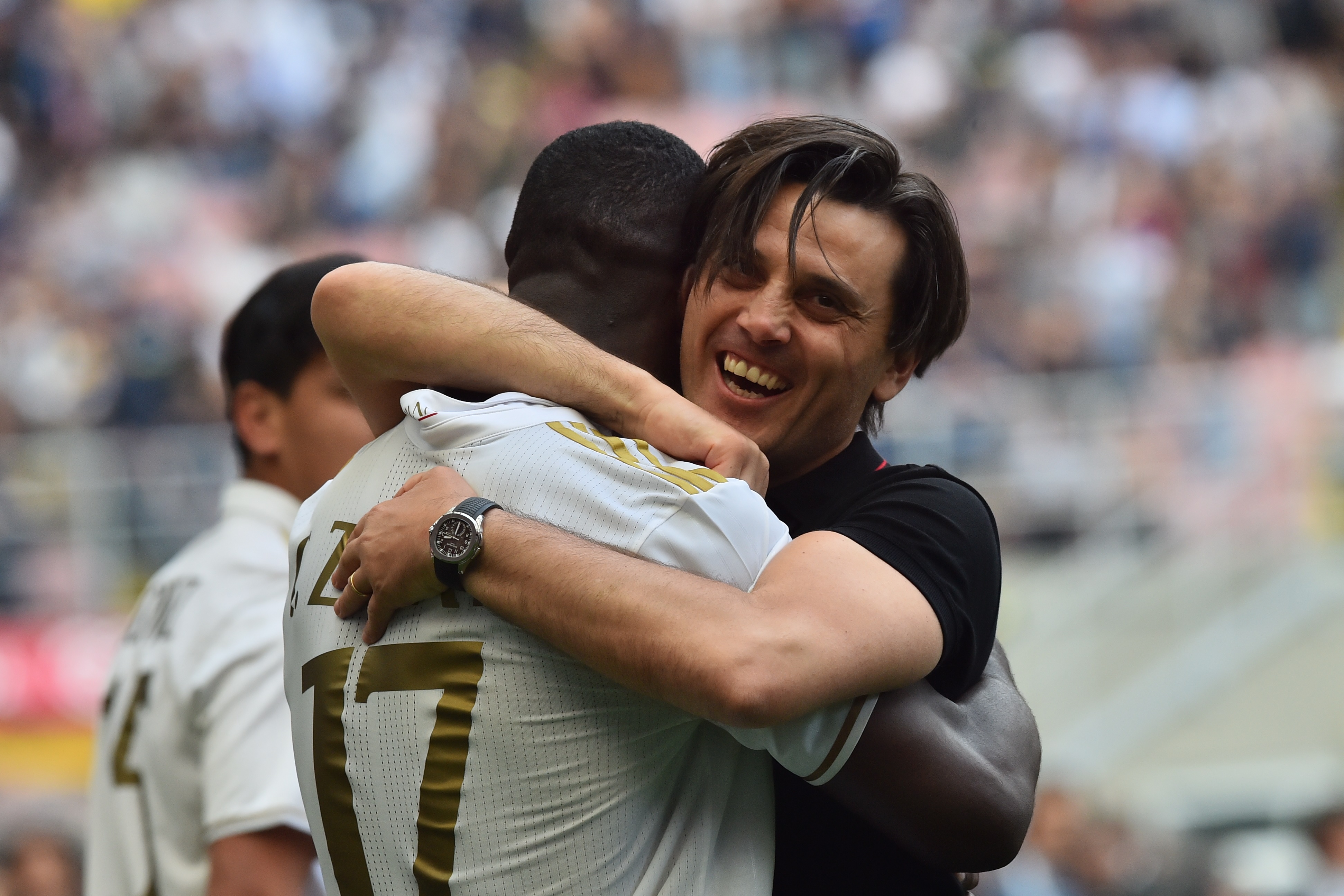 After being 2-0 down, The Rossoneri fought until the end to get a result at San Siro in an incredible Derby game.

“I thought the protests were about whether or not it was a goal,” Montella explained to Premium Sport after the match.

“The fourth official told us that instead of five minutes of injury time there would be six. There was a lot of time wasting [Daniele] Orstato did really well.”

Coach Montella also gave his thoughts on the match, and praised his players for their comeback.

“I saw 30 minutes of the first half where the team played an excellent game, we could have been more clinical and moved the ball more quickly.

“In the final 15 minutes [of the half] we got a double-whammy of goals. It was improbable for us to lose the match like that.”

“In the second half there was a great reaction. Coming back from two goals down in the derby is something exceptional.

“In the first game I saw them cheer, this time I celebrated more than I usually do; I now understand the joy the Inter players felt in the first game.

“This draw is worth something extra in comparison, because there are fewer games left.”