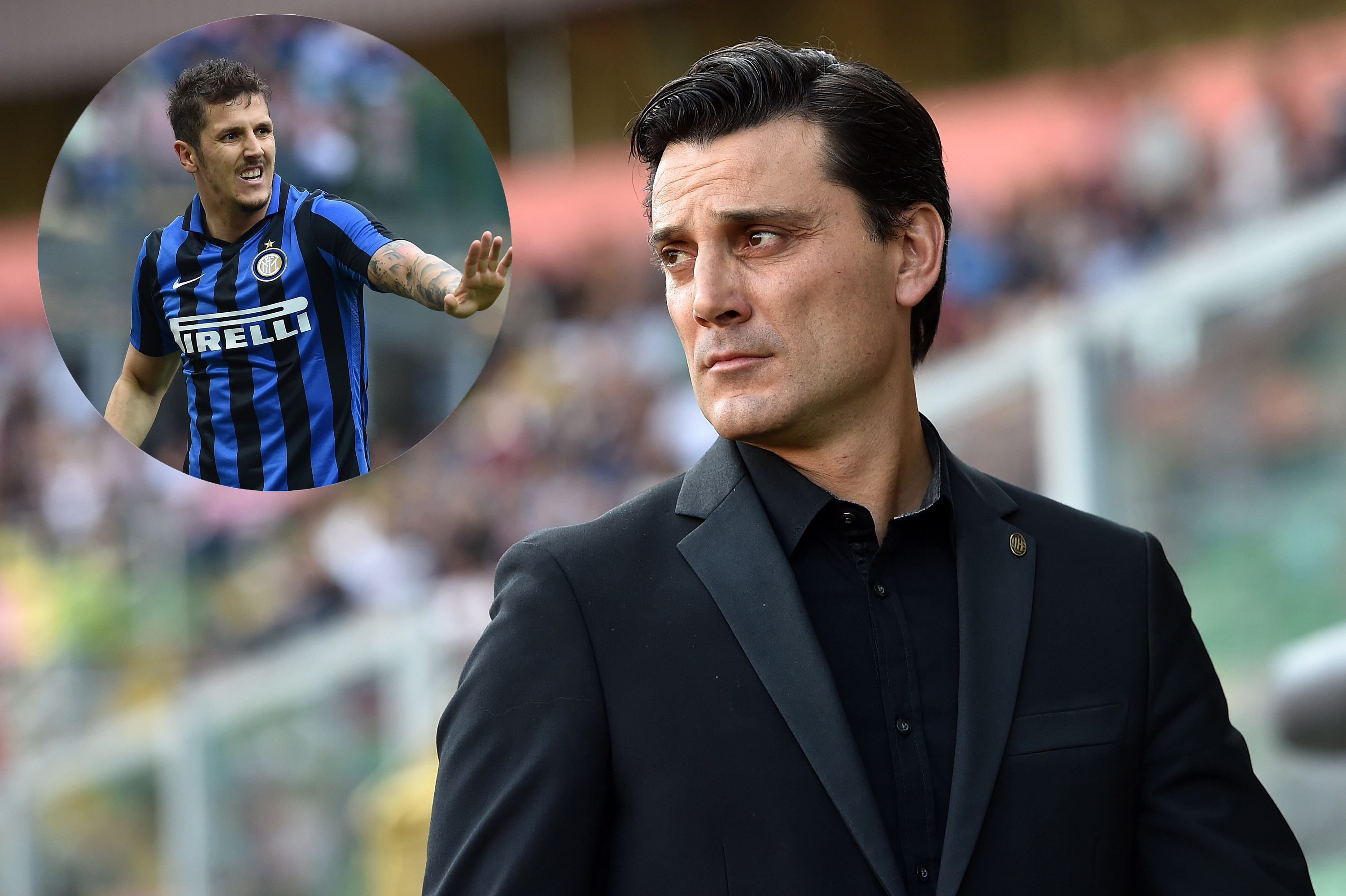 Montella: “Jovetic? I met him in a restaurant but it was just a coincidence”

First and foremost, he answered questions about his being linked to Stevan Jovetic, admitting that he met the Montenegrin in a restaurant recently.

The Rossoneri were recently linked with the former Fiorentina playmaker, who spent two years at the Franchi Stadium with Montella.

“We met in a restaurant, but we were at different tables. It was a coincidence.”

“We spent two years together [at Fiorentina], but he plays for Inter, and the transfer window is very far away.

The bad news is that it looks like star defender Alessio Romagnoli probably won’t be able to make the Derby, with Coach Montella implying that things will be harder for his team: “There is little hope of Romagnoli [being there], we can’t risk a player for months.”

“Tactical niceties count for little in derbies. With Paletta, beyond the numbers, he’s found the right feeling. It’s not the replacements’ fault if the numbers are different.”

Finally asked about whether he’ll celebrate with his famous Aeroplane move , Montella said that “I’ve put on a few more pounds, and I’m afraid of falling over and landing badly!”.