Montella: “A three-man defense excites me”

Yesterday Milan returned from China with a positive conclusion in the form of a victory against Bayern Munich. In the next days, Vincenzo Montella’s men will prepare for their 3rd round EL qualifier match-up against Craiova. The coach spoke about this and much more in an interview to Gazzetta dello Sport

“Our main focus at the moment is to sign a striker. After that a winger and a midfielder may arrive, but we are in no rush to conclude these deals,” Montella told the paper.

“My idea of an ideal striker is one who has a sense of goal, but can also work for the team. The market is being done in an agreement with the club. We want to mix talented young players with experience.

“To close the gap with Napoli, we have to have an important transfer market campaign. It’s too soon to say if the gap has been reduced, but we cannot hide and must fuel the enthusiasm.

“I had no doubt about staying at Milan, because I felt sincere belief and respect from the club on a daily basis. Fassone said that Milan will be a top 5 club worldwide in 2022? I would like to be the one to lead the club to this goal.

“For me it has been and is a summer of dreams. It is positive that my dreams have also been heard, and it’s not over yet.

“Bonucci? I was sure that he was a reachable target, while the directors were skeptical. I sent Mirabelli 10 messages a day with three words only: Good morning, good evening, director: Bonucci. He is an incredible professional and will be an example for the young players.

“With Bonucci we have definitely strengthened the team. A three-man defense? It excites me, I like the idea, but with these players we can use many systems.

“My role in Donnarumma’s extension? None. It was Mirabelli who touched the right strings. I am sure that Donnarumma will continue being loved by the fans. Raiola? I have no problems with him and I don’t think he has problems with me. 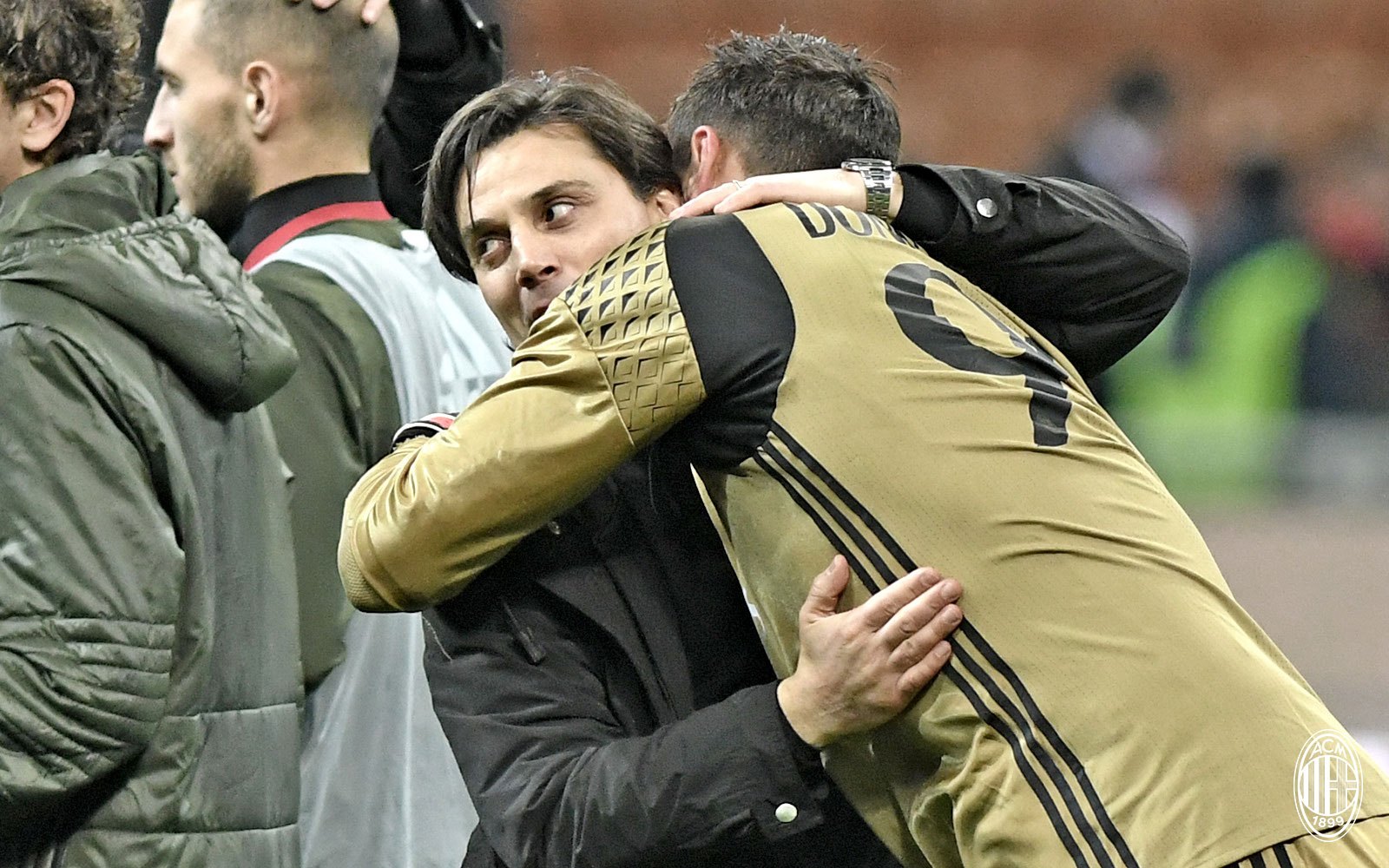 “Niang? There is no reason not to believe him. He can become a top player, but he has to improve managing himself when things don’t go according to plan. It all depends on him.

“Andre Silva has huge potential. He can become world class player, it really is just a matter of time. What I expect from the next 100 days? I expect that Milan will become a team and my work will be seen.

“In the next 1000 days I hope that the scudetto becomes a concrete objective. Talking about the scudetto right now is a mirage, but then again, we don’t have to set a limit to our ambitions,” the coach concluded.