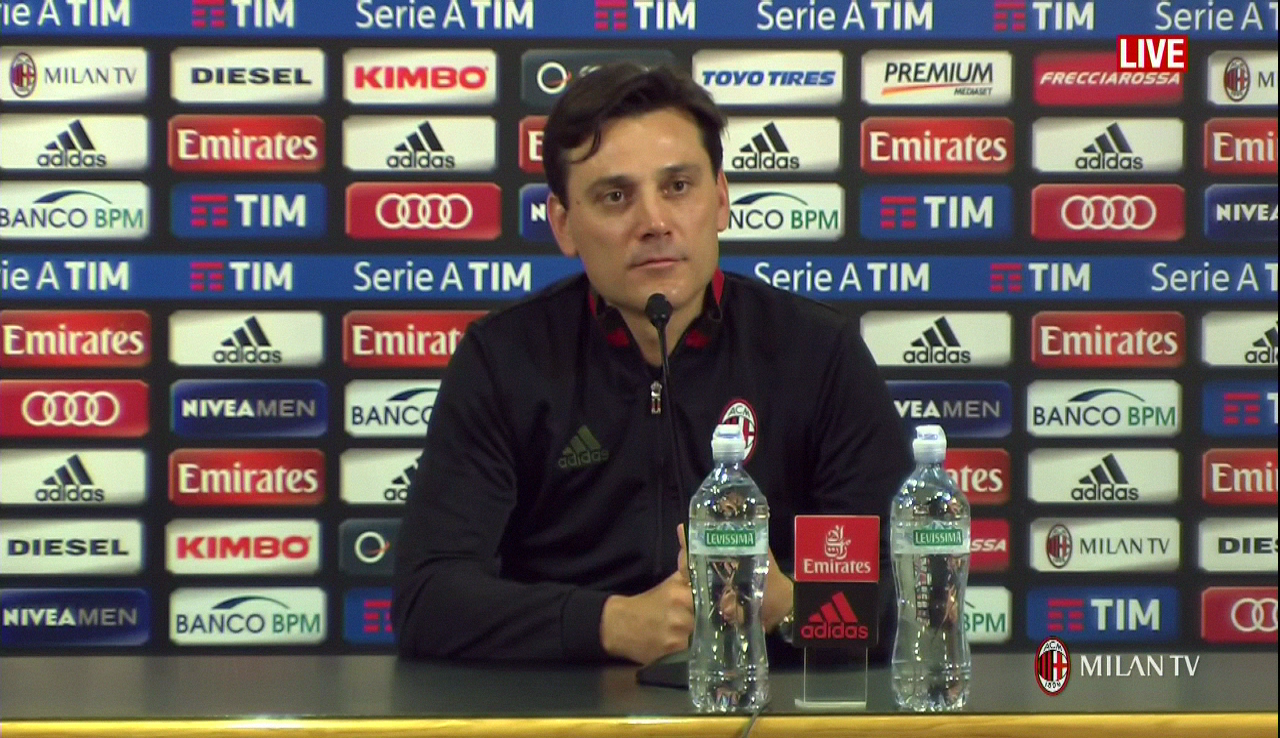 Montella: “Tomorrow is like a final; Locatelli has a great future ahead of him”

Vincenzo Montella is currently speaking to MilanTV and the Italian media ahead of his team’s clash against Bologna. We’ll provide you with his best quotes down below!

11.58 – Montella has left the press conference!

11:56 – Montella: “Tomorrow’s game? I don’t look at numbers and statistics too much, we just have to think about winning the game.”

11:54 –Montella: “My future? I am pleased with Fassone’s words. The fans are also happy and we have to feed this enthusiasm with a win tomorrow. Next year’s team? Fassone was very clear. Every manager dreams of having most of his squad ready in July. It would be an advantage”

11:52 – Montella: “If we finish ahead of Inter it will be even better, it would be the first time in recent years. The first victory still missing under the new ownership? I’ve stopped at 99 wins in Serie A too. The ownership is working excellently.”

11:50 – Montella: “The manager of every team must try to increase the effort of the whole squad. In this team, the value of many players has increased. At the start of the season, we had three objectives; Win the super cup against Juventus, go to Europe and honour Coppa Italia.”

11:48 – Montella: “Playing Bacca, Deulofeu and Bacca together? That is certainly a possibility. Apart from the last game, we’ve always played with three attackers (with 4-3-3) and we will do it tomorrow as well. Jose Sosa has improved a lot as a playmaker. Locatelli has great qualities, a great future lies ahead of him.”

11:47 – Montella: Bologna? We have a very small advantage, it all depends on us. We have to rely on our strengths and this is an advantage. We will have to be very careful in tomorrow’s game. For me, it’s like a final so it must be played with desire.”

11:43 (CET) – Montella: “Making the preliminaries won’t be a problem, we strongly want to qualify for the Europa League. We are all very focused on reaching this goal.”