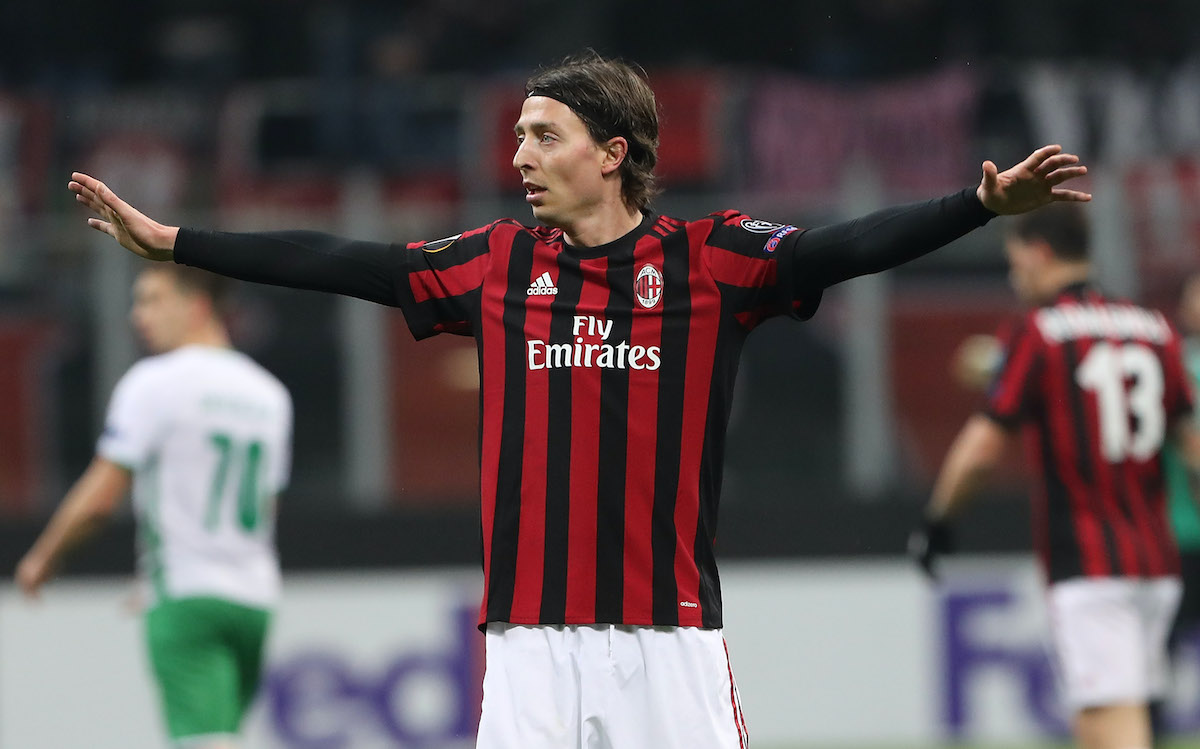 Riccardo Montolivo has heaped praise of AC Milan’s youth project and several key figures who are part of it, while he also sent a strong message to Franck Kessie.

Montolivo spent a number of years at Milan, and by the end of his time with the Rossoneri he had been frozen out having never really hit the heights expected of him after his arrival from Fiorentina, but he often returns to talk about his former club and how they are getting on, which recently has been very positively.

He now works as a Serie A commentator for DAZN, but he gave a long interview to Tuttosport during which he discussed a number of crucial topics surrounding Milan, starting with the work of head coach Stefano Pioli who – as per widespread reports – will soon extend his contract.

“Today Milan are Pioli-dependent. He is the architect of all this change. In two years he has improved many players. I am thinking of Calabria, Tonali, Rebic, Saelemaekers, Leao and many others. He has an incredible ability to put the players he coaches at ease. He is able to fully exploit the qualities of each of them. Pioli has done a crazy job in these two years with Milan,” he said (via PianetaMilan).

“At the moment he is among the best coaches in Italy in terms of the way of playing and perhaps also in Europe. I am in love with his way of seeing football, with the way he makes this team play.

“For how Milan plays I would have liked to have him coach me. They have a modern game. In the defensive phase they are an orderly team, while in the offensive phase they do not think by formations, but by situations of the players and spaces. Full-backs who think like midfielders, midfielders who think like wingers. For the other teams it becomes difficult to face Milan because they don’t give points of reference in every area of ​​the pitch.”

Montolivo was also full of praise for Sandro Tonali, who has shown a clear and strong development after some initial struggles following his summer 2020 arrival from Brescia.

“His growth has been exponential. Right now he is the best midfielder at Milan and perhaps also in the league. The thing that struck me most is the presence he has on the pitch, his specific weight in every single play. Now in Milan if Tonali is there or not, you can hear it.

“The difference lies in the pressure. Making a play in Brescia is different than making it in Milan. There are those who adapt immediately, those who take a season. And within the pressures is also the price tag, the comparisons, the expectations, the little use because others do better than you. Every time you have an opportunity you have to be able to demonstrate. This year he began the retreat with another awareness and now all its qualities have come out.”

The former No.18 was asked about the start to the season that Rafael Leao has had, given the winger also appears to have taken a leap in consistency from his first two seasons.

“Last year he seemed to leave the game, only to return with a play, then be absent again. This year he is always there. And when a player has this growth, the merit goes to the coach. He can grow even more in being clinical in front of the goal. From a tactical point of view he is still a bit messy, but he gave the feeling of leadership skills, as happened in the victory against Verona.”

There is a lot of discussion at the moment surrounding Franck Kessie’s future as the Ivorian’s deal expires at the end of the season and a renewal seems far from imminent at the moment, with Montolivo offering his advice.

“I like the politics and consistency that Milan are pursuing, which does not compromise with any player. These are the conditions, take it or leave it. This consistency, in the long run, pays off.”

Finally, Montolivo spoke about the surprise of seeing Milan joint-first in the standings and also reflected on their Champions League campaign to this point.

“I was expecting Milan to be up there, among the top three. I did not expect, however, a journey at this pace for Milan and Napoli. Inter are doing well, but there are some doing better than the Nerazzurri,” he said.

“It will be a three-way fight until the end. Milan have changed little compared to the others, they have the same coach, they have very solid foundations. This year they are more than ever ready to win the Scudetto.

“Champions League struggles? For me it didn’t hurt. The inexperience cost and the incidents show it. Almost all the players were on their debut in this competition and played against potential finalists. I’m convinced that next year will not happen.”