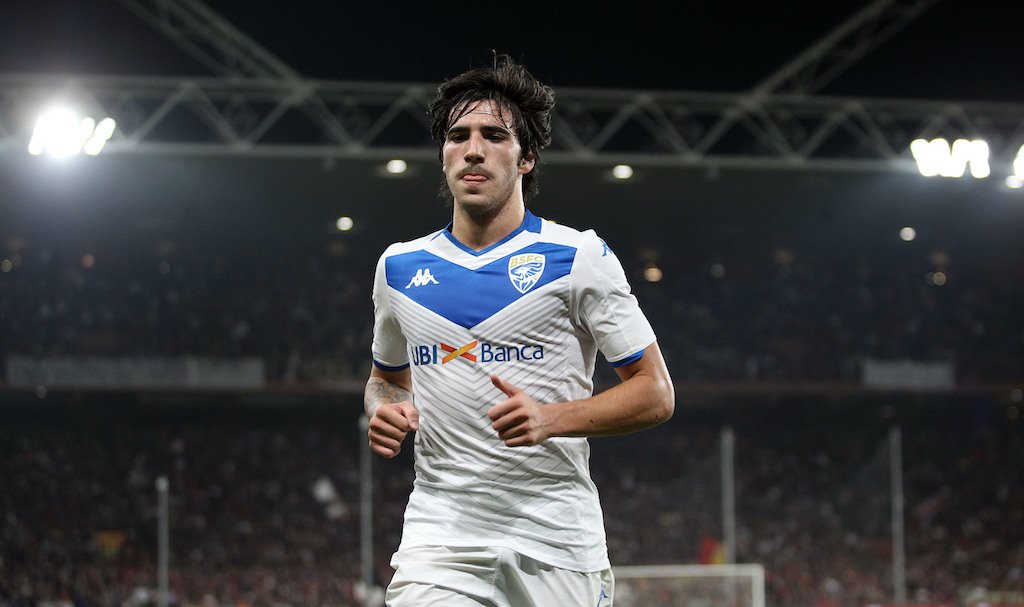 ‘More complete’ than Pirlo: What footballing icons have said about Sandro Tonali

AC Milan seem set to land one of Italian football’s brightest and most highly-rated young prospects in Sandro Tonali.

Gianluca Di Marzio, Fabrizio Romano, Pietro Balzano Prota and Vito Angele are all reporting that Sandro Tonali to Milan is a done deal, as the Rossoneri have managed to secure the midfielder on a paid loan with an option to buy, beating competition from Inter.

The 20-year-old is already an Italy international such is the esteem that head coach Roberto Mancini has towards Tonali. Mancini actually stressed a desire to work with him two years ago.

“I want to stress again that he’s incredibly gifted and has clear margins for growth,” he said (via Yahoo).

“I’ll get to know him better over the next few days.”

Tonali has drawn comparisons to Italian icon Andrea Pirlo, but the current Juventus head coach stated back in April that the fellow Bresciano has more potential.

“It is said that he may be my heir, but I don’t see many things in common,” he said (via Goal).

“He is another type of player. He is much more complete both in the defensive phase and when he sets up. He is a mix between my characteristics and those of other players.

“He is the most promising of midfielders. He will surely become a great player.”

Francesco Totti has also outed himself as a big fan of Tonali’s exploits.

“He will become one of the strongest central midfielders in the world, like Gerrard, De Rossi or Lampard,” he said in May (via Goal).

“He’s a mix between Pirlo and Gattuso too. He has everything a player can have. He has an incredible change of pace, he’s technically good and he’s always calm, both in important games and in easy games.”

Tonali himself revealed who he models his game upon back in 2018.

“I always appreciated Pirlo, and I am inspired by a great champion like that, but I do not see myself in him,” Tonali told reporters.

“My idol is [Andrés] Iniesta, but I always liked the nastiness of [Gennaro] Gattuso. I try to take a bit of that for myself.”

Roberto Boscaglia – the manager who gave him his debut at Brescia in 2017 – recalls being shocked by his maturity.

“I found him at our preseason training camp with the first team and after four or five days I was telling my coaching staff ‘this guy is a phenomenon’,” he told Radio Kiss Kiss.

Even former Milan star Ray Wilkins was a fan of Tonali when he was emerging, telling Il Foglio: “I felt as though I was watching a football that does not exist any more. If he had been born in the 1970s he would have been perfect for [Rinus] Michels’s Holland. He knows how to do everything and do it well. There’s only one problem: now he needs more horsepower in his engine.”