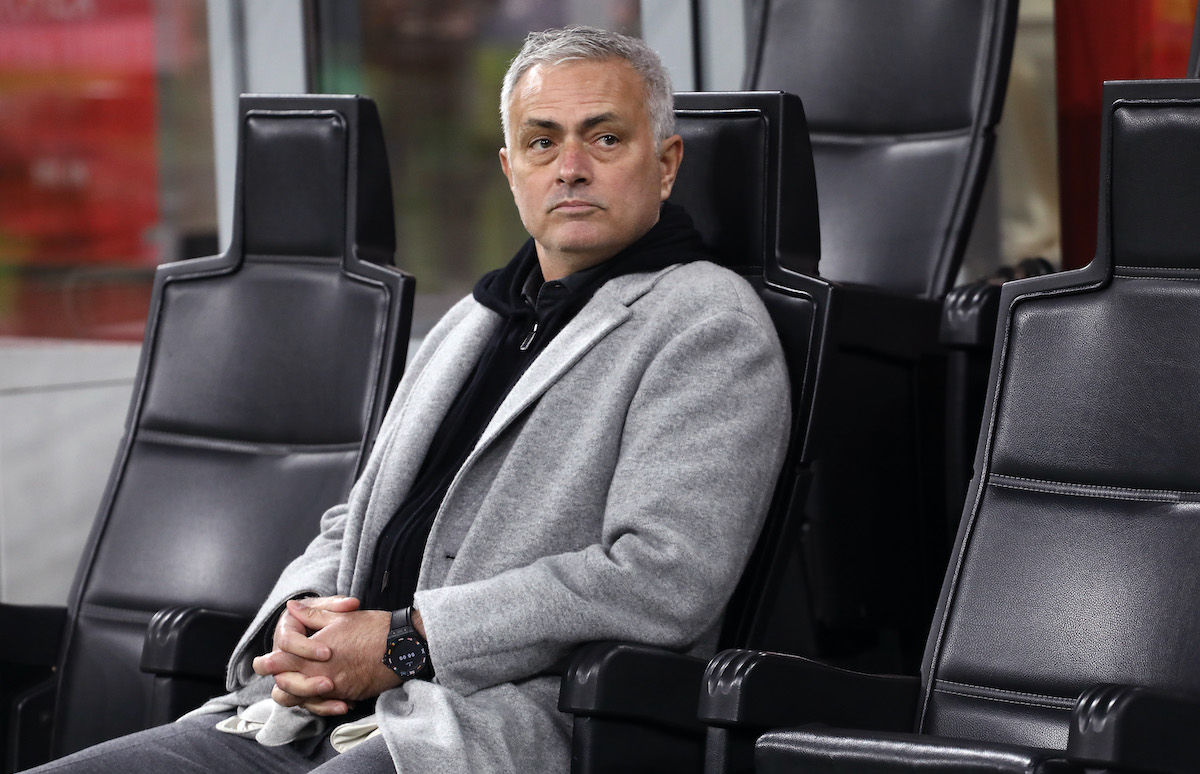 Roma boss Jose Mourinho was not happy with the officiating display during his side’s 3-1 defeat against Roma at San Siro this evening.

The Giallorossi didn’t get the major decisions their way as they ended up being reduced to nine men with Karsdorp and Gianluca Mancini both getting two yellows inside the final 20 minutes, and they also had two penalties awarded against them in the early and the late stages, but in truth there weren’t many arguments about any of the decisions.

Olivier Giroud tucked away the penalty and Junior Messias made it 2-0 by thumping home a rebound, with the decisive third goal coming from substitute Rafael Leao as he completed a counter-attack.

Mourinho spoke to DAZN after the game and revealed that he is fuming with how Chiffi and the other officials in charge refereed the game, with his comments relayed by FootballItalia.

“We were still in the game, even when 2-0 down, but when Rick Karsdorp was sent off, it was over. Having said that, the performance was of such a low level. If you look at the two opening goals, we gave the ball away so cheaply. The quality was really lacking today. I didn’t like the referee or my team today,” he said.

“The quality was also lacking for the referee and the VAR. I saw Tammy move his arm, but it was not a voluntary gesture to stop the ball. If you give this as a penalty, then also give a penalty for the fouls on Zaniolo and Ibanez. Give all three or don’t give any of them.

“We want uniformity in decisions, this is why I think the quality level is low and we are unlucky with referees too. The referee didn’t have character today. VAR wanted to get involved, we are little, if VAR lets the game go…

“I understood everything perfectly well straight away. I’ve been at Roma for six, seven months, I’m getting used to it, but this isn’t something we should be getting used to. You can’t tell if Abraham touches the ball with his arm or not. How was the second Milan penalty different to the Zaniolo incident?

“Having said that, I won’t deny our performance was not good. This is a medium level squad, so we are mid-table, where we belong. We made a lot of mistakes today, it wasn’t a tactical issue, it was all individual errors.

“I don’t like to do this, but I have to say that I do not understand what the referee and VAR were doing today. At this moment, the result is the worst thing, because it brings us zero points, but when I leave my mind will already be on the next game and it’s going to be tough. We have some difficulties and will try to improve.”

Mourinho is not known for taking defeats and saying nothing interesting afterwards, so he also decided to shed light on the fact that AC Milan wanted him three years ago but he said no.

“When I see how San Siro reacted I am very pleased. Three years ago I had the ownership of Milan who wanted me in Milan and after three days I decided no, it gives me tremendous pleasure to have made that decision,” he said (via MilanNews).

“I am a professional, but there is space to have passions and the antagonism to passions. I am passionate about Roma, I will give everything to Roma. But going back, after what happened today I’m doubly happy with what I replied. They came but I said ‘go home, I’m not going’.”

READ MORE: Gabbia thanks team-mate for reassurance and reveals how rushed preparation was for him and Kalulu