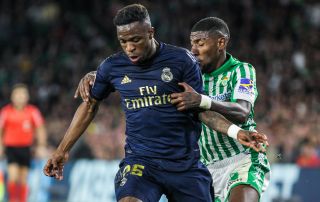 AC Milan’s strategy for the summer window is clear: young players with experience will be brought in to start the new project. With Ralf Rangnick in pole to replace Stefano Pioli, it could be an interesting summer.

According to yesterday’s edition of Mundo Deportivo (via MilanNews.it), the Rossoneri probed the ground for the Barcelona-owned defender Emerson. However, they aren’t alone in the race for the 21-year-old as the list of suitors is growing.

In recent hours, a Milanese derby has come to life as Inter have evaluated the possibility of including the Brazilian right-back in the potential negotiations for Lautaro Martinez. Of course, the Catalan side are very interested in the latter.

Therefore, should Inter accept technical counterparts in the Lautaro negotiations, then they would hold an advantage over Milan. For now, though, the Rossoneri remain in the race and it remains to be seen if they will make a move.