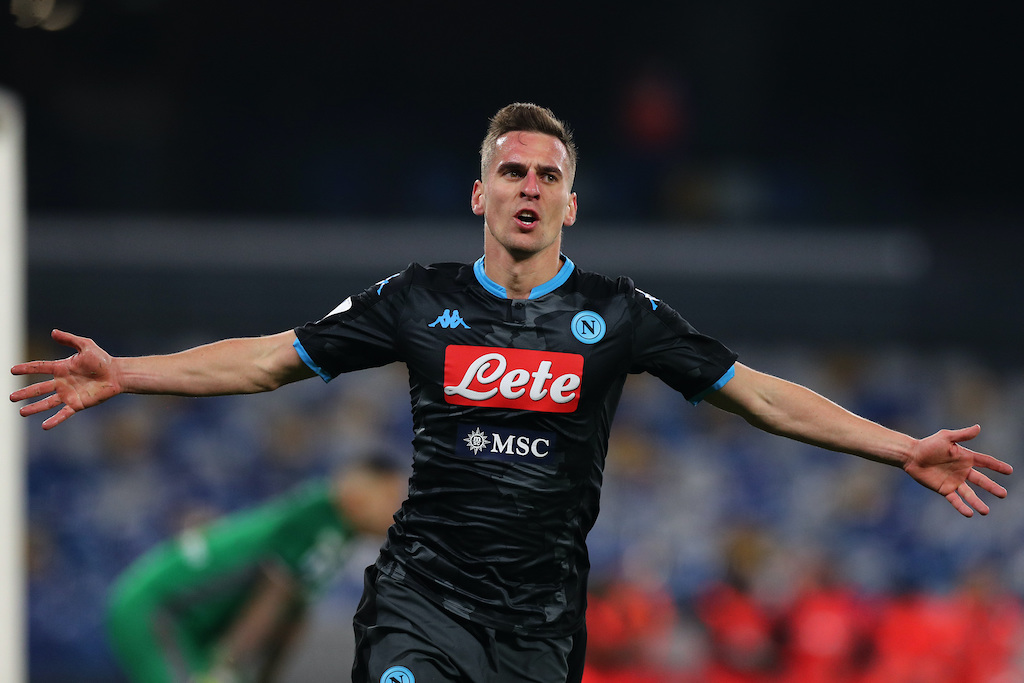 Napoli director gives Milan and Juventus hope in striker pursuit: “He could leave”

Milan are widely reported to be in the market for a new centre-forward given the doubts over the future of Zlatan Ibrahimovic, whose deal expires at the end of the month.

One player who has been repeatedly linked is Milik, and La Gazzetta dello Sport reported on Friday that he is on of two strikers the Milan management have identified who may be of use to Ralf Rangnick, the other being Real Madrid’s Luka Jovic.

The problem is economic as Napoli president Aurelio De Laurentiis wants €40m for the Pole despite the fact his deal runs out in a year, and Sunday’s edition of newspaper il Corriere dello Sport states that Milik has refused the contract renewal put on the plate by the Partenopei

“Honestly our will is to negotiate a renewal of his contract. We are talking to his agents and we are looking for an agreement,” he said (via MilanNews).

“He is a very strong forward and if he does not renew he will go on the market. Milik will remain only if he has the full will, otherwise he could leave: Napoli will go on with or without Milik.”