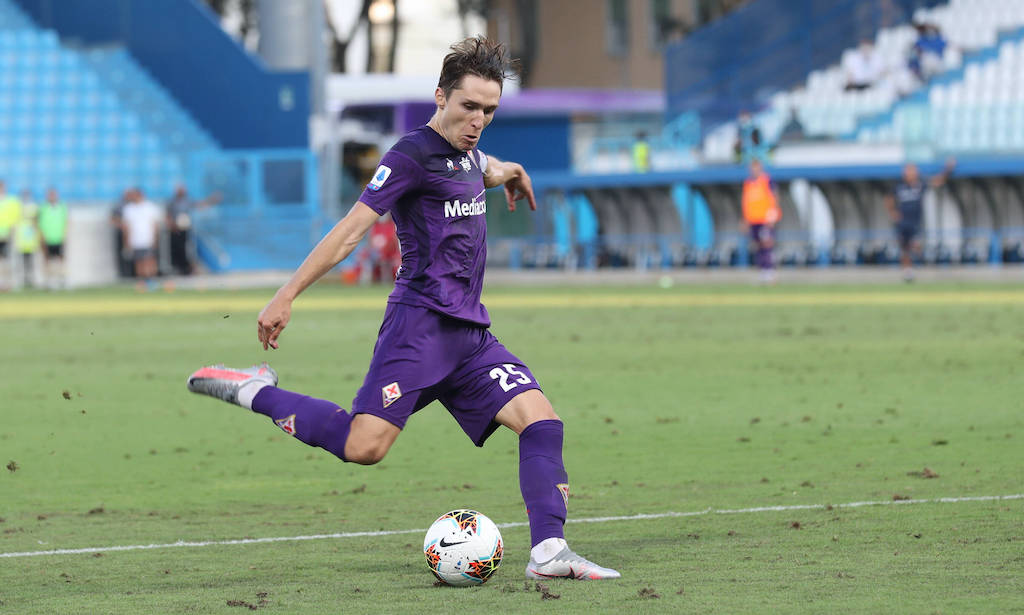 Nazione: Milan have a concrete interest in €65m-rated Chiesa – an offer is being prepared

AC Milan are readying an offer for Fiorentina star Federico Chiesa in the hopes of tempting Rocco Commisso into selling, a report claims.

Milan have been strongly linked with a move for Chiesa over the last couple of days, with suggestions that negotiations with agent Fali Ramadani are ongoing.

SportMediaset (via MilanNews) even stated that Milan have put forward an offer to Fiorentina for Chiesa, consisting of Lucas Paqueta plus €20m cash and another €10m bonuses, but this was denied by Viola president Rocco Commisso.

Nonetheless, speculation has continued regarding the Italy international, and now Florence-based newspaper La Nazione (via MilanNews) have given yet another update.

They claim that Milan have a strong interest in luring Chiesa to the San Siro this summer and are preparing an offer to convince Fiorentina to let him go.

Commisso values ​​the winger at around €60-65million at present, an amount the Rossoneri are almost certainly not going to be able to reach with a pure cash sum, so counterparts could be involved.

READ MORE: Maldini’s pursuit of Tonali, opportunism and the virtue of patience