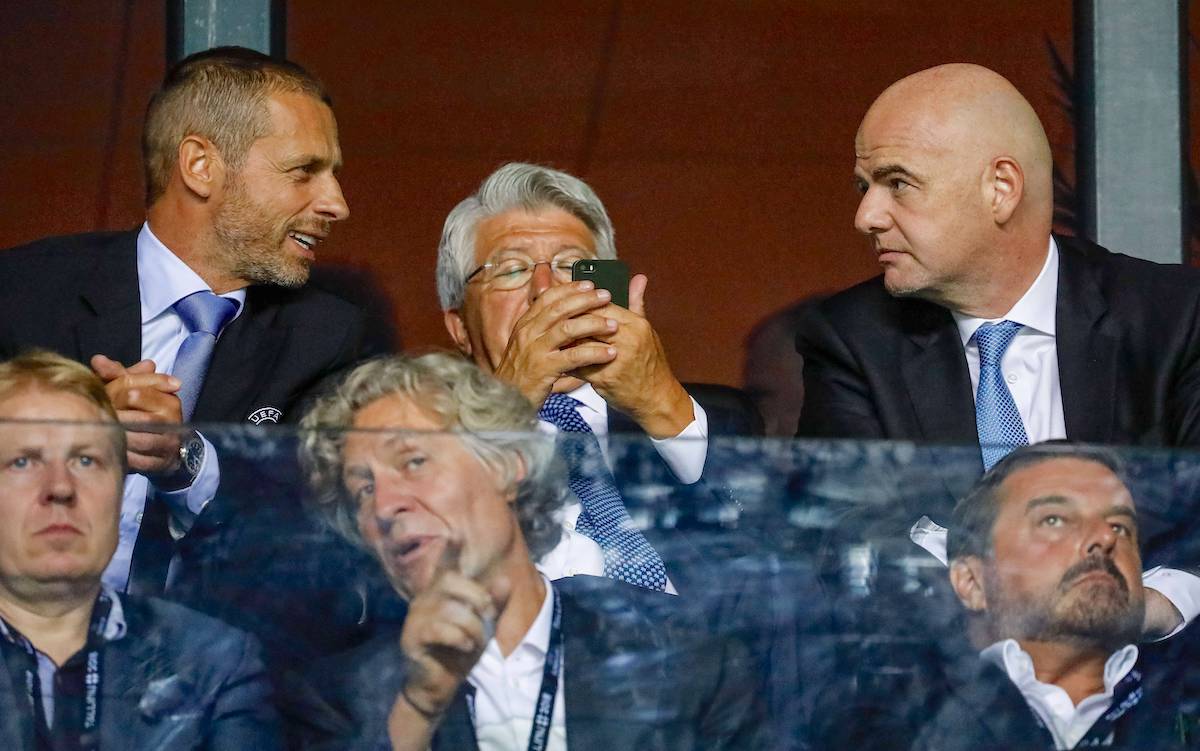 New York Times: FIFA new all about Super League after talks with breakaway clubs – the details

Remarkable news continues to filter about the Super League project that disappeared as quickly as it was launched.

According to the New York Times (via Calciomercato.com) – who were spot on about the initial launch of the breakaway competition – FIFA were informed of the intentions of the top clubs regarding the Super League. The highest body in world football, chaired by Gianni Infantino, publicly took sides against the Super League but were informed about everything as his subordinates held several talks on the subject in the previous months.

The report claims that talks began in 2019 with a consortium of advisors called A22, who were involved together with the men close to Infantino, among whom is Mattias Grafstrom the FIFA secretary general. The separatist clubs (with Milan, Inter and Juventus among them) proposed the participation of many of the clubs involved in the Club World Cup in exchange for their approval.

According to the American source, Infanitno was open to this possibility, which is why JP Morgan later took the field to fund the new project, convinced of the goodness of the operation. Infantino was then contacted by Ceferin, the head of UEFA, but denied any involvement in the project.