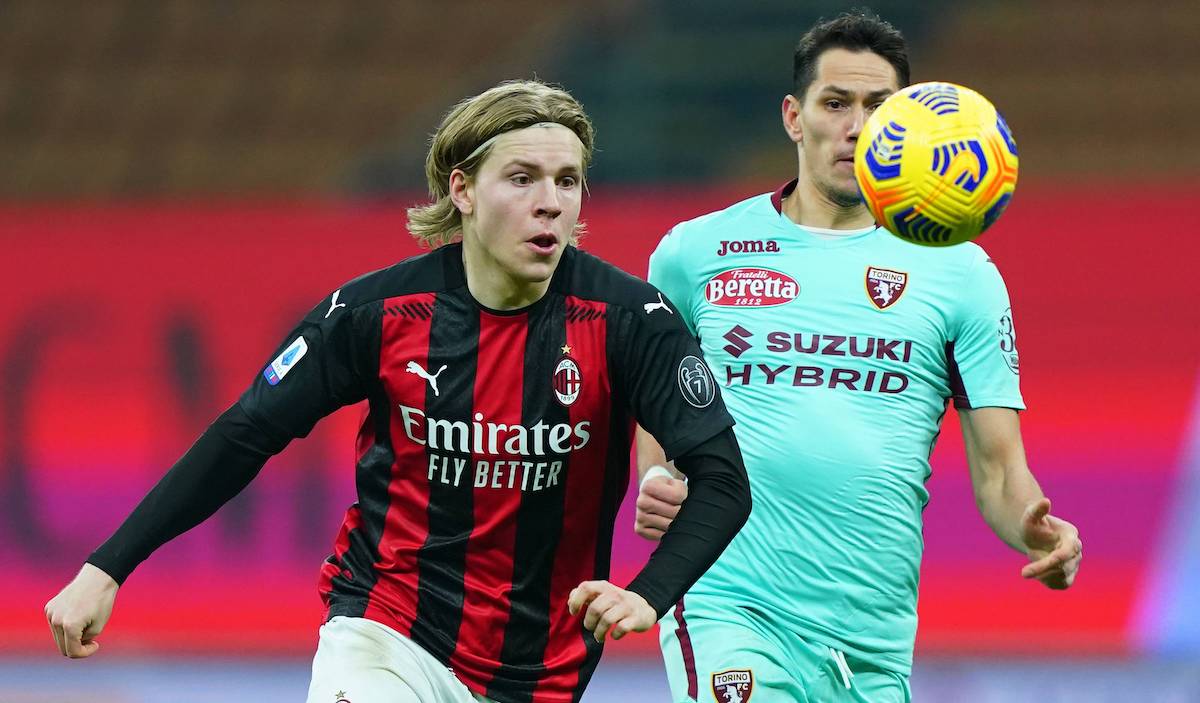 Jens Petter Hauge has had a very interesting and encouraging first season for AC Milan since joining from Bodo/Glimt.

Since then he has scored five goals in all competitions including three in the Europa League which earned the team six points in the process. You can bet on games in Europe with Matchbook Promo Code. However, he has also had some tough patches including being excluded from the EL squad for the knockout stages.

Jonas Giæver – a journalist for Norwegian outlet Dagbladet – was interviewed exclusively by MilanNews about Hauge’s season with the Rossoneri.

Hauge’s year has been characterised by ups and downs, up to the goal at Sampdoria which brought him back into the news. Was this trend predictable?

“It must be remembered that Jens Petter Hauge played without stopping, match after match, with Bodo/Glimt from June 2020 until he was sold to Milan. Of course there is more competition in the Rossoneri, the level is higher and you have to adapt, which you are probably seeing now.

“Hauge is a player who needs to play. National team coach Stale Solbakken asked him if he could play for the Primavera to increase his time a bit. He is one of those players who needs to play with continuity on the pitch. I think the decline may be due to the fact that he has lost his momentum, which is normal considering the players who are at Milan. There is great competition, something he had never experienced at Bodo/Glimt.”

Hauge only scored two goals fewer than Rebic and Leao, but played far less than them. Does he deserve to have play a little more?

“The numbers do not lie and I believe that Hauge, given the little difference with Rebic and Leao, should play a little more. In any case, it must be considered that these players have adapted more to the game of Milan in terms of playing without the ball. It should not be forgotten that for him this is a new world, we need a period of adaptation and I believe that now we are starting to see it”.

In Norway what is said today about Jens Petter?

“He is certainly regarded as one of the big stars in Norway, but a little behind Erling Haaland and Martin Odegaard. However he is still seen as one of our best players, as well as attracting the interest of the fans. Sampdoria was great news, also because both Thorsby and Askildsen were on the pitch at the same time. It is quite surreal for us in Norway to see three of our players on the pitch at the same time in Serie A.”

In the summer the sums will be drawn, do you think he should stay at Milan and play for his opportunities?

“Too early to tell. I think he needs to play, but he could do it at Milan too. If any of the Rossoneri forwards were to leave, then it could create chances for him. If that doesn’t happen, maybe he should go on loan. It’s still early to talk about it, but I think it’s pretty clear that he needs to play continuously to express himself at his best.”