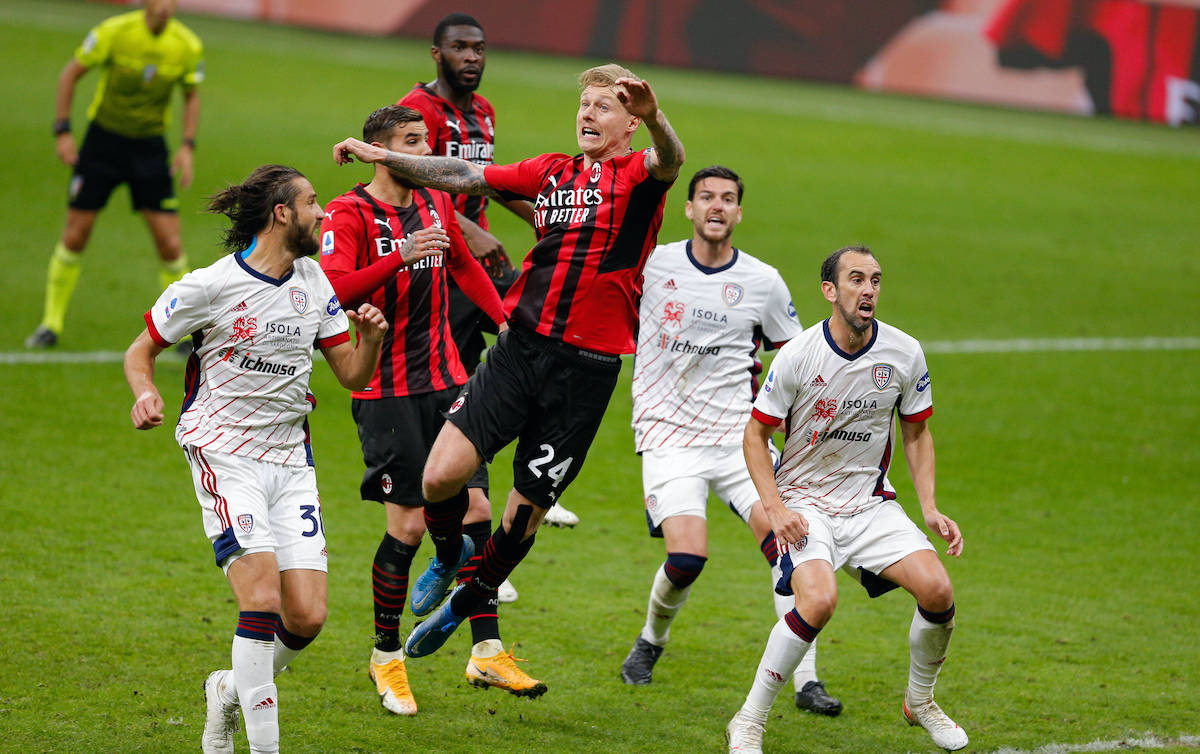 ‘Not gonna forgive this’, ‘Europa once again’ – Some Milan fans fuming at Cagliari draw on social media

Large sections of AC Milan fans are not happy after Sunday night’s horror show against Cagliari in which the team spurned the chance to secure top four.

The Rossoneri went into the game at home off the back of three straight wins without conceding and scoring 12 goals in the process, against a team that had already secured survival and were basically in party mode, but they could not score and get the three points needed.

Below are the reactions of our followers on social media after the game, which paints a pretty bleak picture…

@hmegandana: “Positive Milan’s fans be like: Calm down, this is Pioli’s Mastermind. Get draw with Cagliari to give extra Champs league hope for Juve. And then on the final minute, – beat Atalanta (to revenge); – get a runner up; – and champs league spot for sure. That’s it.”

@bobdeboss: “And some people want Pioli to stay. Absolutely poor preparation and decision making today. Took off Diaz and left on Hakan for so long when he’s definitely play to ensure his future teams gets into the UCL.

“Just goes to show you their ambitions. Alot of these players and Pioli himself feel like just to be part of Milan. They’re satisfied with this achievement so winning and competing for trophies are not in their minds.”

@silolomasilo: “Keeping Pioli going into the champions league (if ever we will qualify) is suicidal. He’s a weak coach for that level.”

@JLPietroniro: “HORRIBLE substitutions! They mostly did nothing! Very sad when you DO have quality on the bench. Seems like it’s another season out of the CL…”

@juancarlosseam1: “Not gonna forgive this.”

@ayschad: “Europa once again, Juventus ain’t dropping points in the final game, Napoli too, and we cant beat atalanta”

@cvitkovic_pavle: “If you cannot beat Cagliari you don’t deserve to play CL football. We buried ourselves and handed Juve CL ticket…masterclass…”

@_madsemil: Should have changed tactics after 20 mins. When seeing the solid backline from Cagliari + the subs. This is Piolis responsibility…

@ofrossonero: “When you are coaching AC Milan finishing out of top 4 must always be considered as a failure, this is wrong mentality and everyone who thinks same should go”