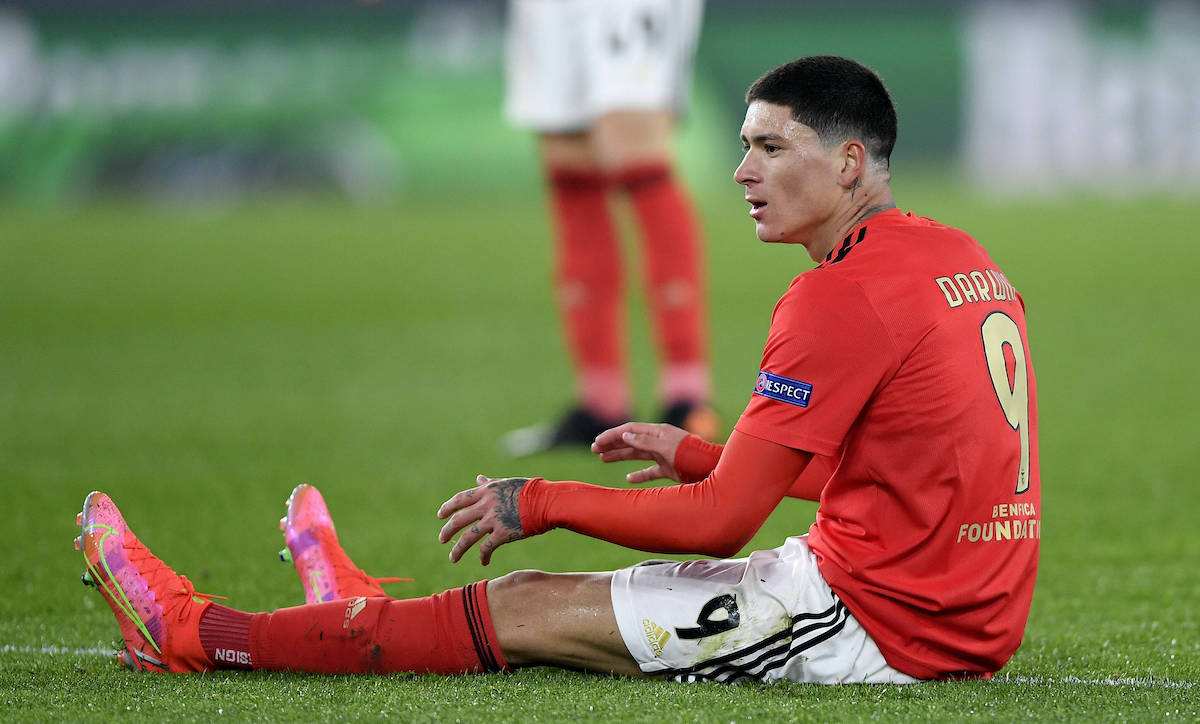 Reports: Milan and Inter want Benfica striker but €80m clause has priced them out

AC Milan and Inter have been priced out of the running to sign Benfica striker Darwin Nunez, according to reports from the Iberian peninsula.

Nunez is in red hot form this season having scored 18 goals in 21 games for the Lisbon-based club, and according to AS he is on the wish list of Atletico Madrid and Barcelona as well as Manchester City. Milan and Inter are also interested in signing Nunez, but it is described as ‘mission impossible’.

This is because he has an €80m release clause built into his contract but Benfica have no intention of negotiating a deal for a low price. Both the Nerazzurri and the Rossoneri are trying to convince the Uruguayan international, but it seems that he may well be heading for a different league.

Portuguese outlet A Bola also speak of the Milanese derby to land the 22-year-old but also of a prohibitive €80m asking price that threatens to end it before it has even started.

READ MORE: Giroud or a false nine to be called upon as Ibrahimovic battles knee overload