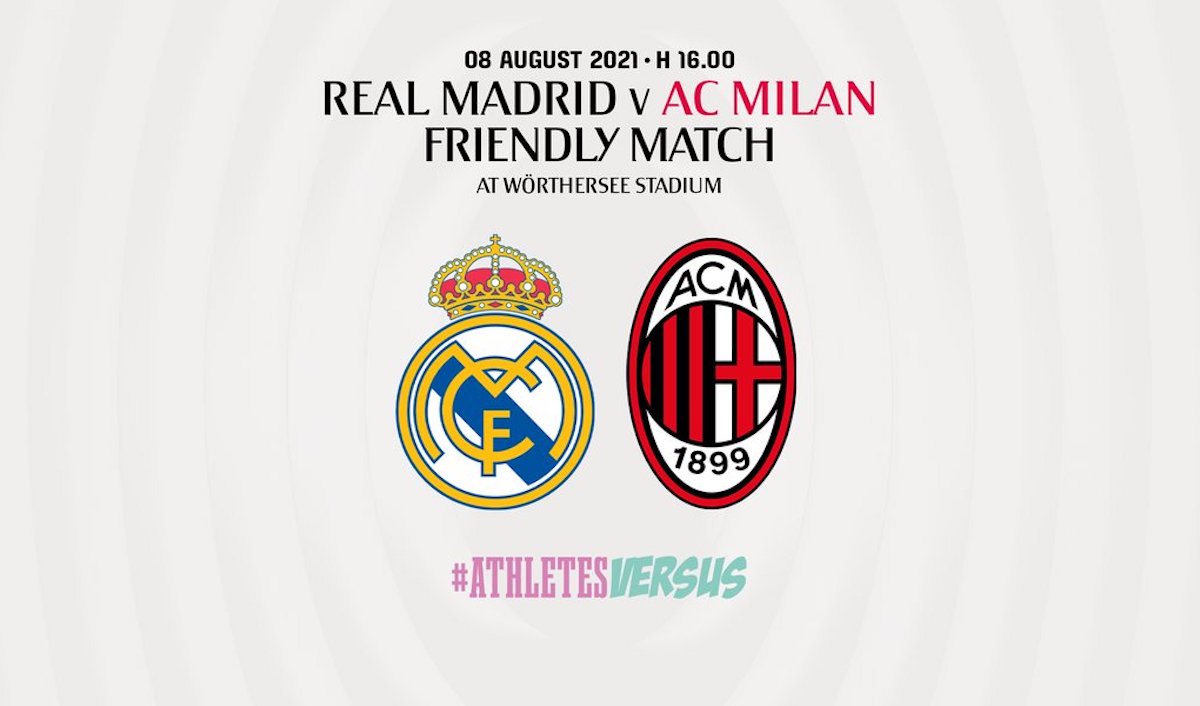 AC Milan have announced that they will be playing a friendly match against Real Madrid on Sunday August 8 in Austria.

A statement on the club’s official website has confirmed that the two European heavyweights will face off at the Wörthersee Stadium in Klagenfurt (Austria) for the #AthletesVersus Cup, with kick-off at 18:30 CEST.

Athletes Versus are a non-profit organization that supports athletes in their efforts to combat all forms of discrimination, which of course lines up with the Rossoneri’s #RespACT initiative.

Milan have not played Real Madrid since their last friendly meeting in 2018 and they will of course meet a familiar foe in Carlo Ancelotti, who has returned to the position as head coach of Los Blancos having been Milan boss between 2001 and 2009.

Tickets for the game are currently on sale through Oeticket.com, while the club have also announced that the game against Real is ‘part of a series of pre-season friendlies’ which will see Milan play other European teams in preparation for the new season.