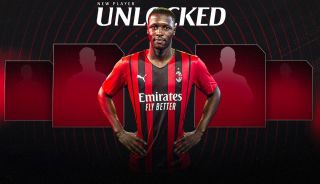 AC Milan have officially announced the signing of left-back Fodé Ballo-Touré from AS Monaco on a permanent deal.

A statement on the club’s official website confirms the news reported over the last couple of days by numerous journalists, and announced that defender has signed a contract with the Rossoneri until 30 June 2025. He will wear the number 5 jersey.

Fodé arrives to be the new deputy to Theo Hernandez, and has actually followed a very similar career path to his new team-mate Mike Maignan as he spent his youth career with Paris Saint-Germain, before moving to LOSC Lille in 2017.

He made his Ligue 1 debut with Les Dogues and went on to make 47 appearances in one and a half seasons, becoming one of their most reliable performers, and then in January 2019 he moved to Monaco where he has been side his move to Milan, playing 74 games.

Fodé collected 8 caps with the France U21 team but then made the decision to switch allegiances given his Senegalese origins. He made his Senegal debut in March 2021, and has 4 caps so far.