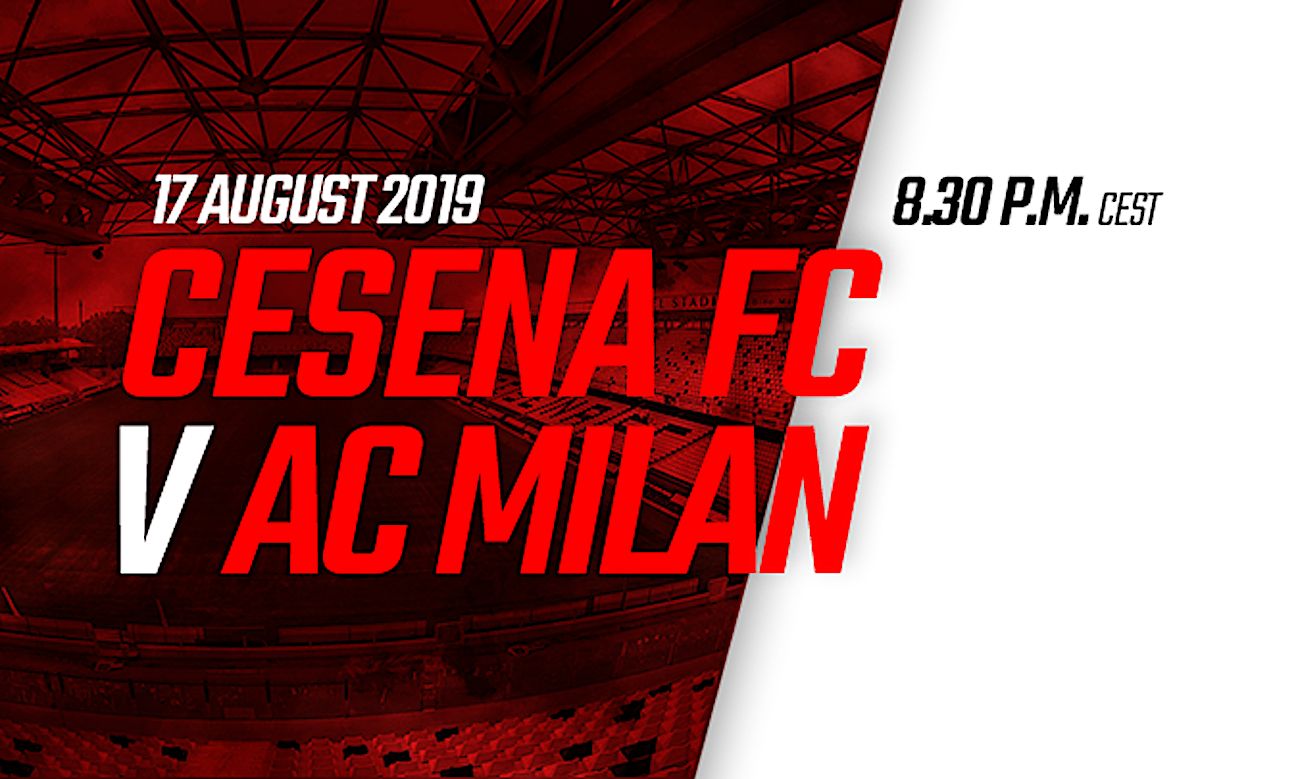 AC Milan have confirmed that they will play Cesena in their final friendly of the 2019-20 preseason.

It was reported on Tuesday that the Rossoneri were set to announce the friendly after Cesena’s Coppa Italia date had been confirmed for this coming weekend.

A statement on Milan’s official website reads: ‘After our three ICC games, in the United States and the United Kingdom, and our international friendly in Kosovo against FC Feronikeli on Saturday, there’s one more challenge for the Rossoneri to face.

‘This final fixture will add vital minutes before our league campaign kicks off on 25 August away to Udinese. On Saturday, 17 August at 20:30 CEST, the Rossoneri will face Cesena, coached by Francesco Modesto, in front of the public at the “Orogel Stadium Dino Manuzzi”.

‘After four international matches, AC Milan finally return to the field in Italy and this will be a special occasion for so many of the Rossoneri fans in Romagna who will have the chance to witness Marco Giampaolo’s side first-hand in the final pre-season friendly before the new season gets underway.’

Tickets for the game will be available to purchase soon here.