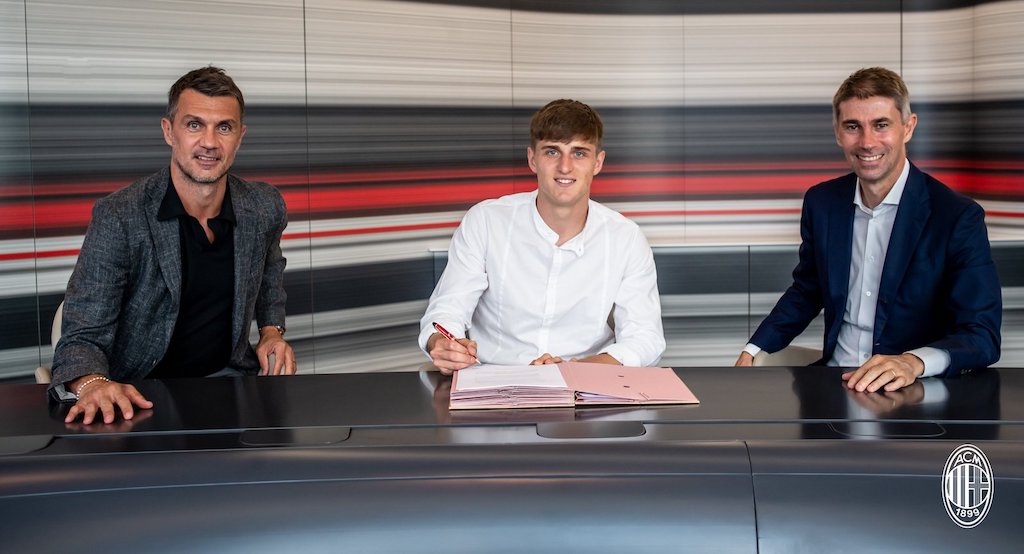 AC Milan have confirmed that Primavera striker Lorenzo Colombo has signed a new contract until 2024.

Colombo made his debut for the senior side in the Coppa Italia semi-final second leg against Juventus earlier this month, coming off the bench as the Rossoneri searched for a winner.

La Gazzetta dello Sport reported (via MilanNews) that Colombo could be called up more frequently over the next few weeks especially given the hectic nature of the schedule, and now the club have confirmed that he has indeed reached an agreement over a new deal until 2024.

It is a situation that resembles that of Colombo’s team-mate Matteo Gabbia, who signed a new deal until 2024 around the time of his senior debut.