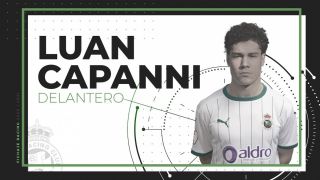 Racing Santander have confirmed the signing of forward Luan Capanni on loan from AC Milan until the end of the season.

A statement on the club’s official website confirms that Milan and Real Racing Club de Santander have reached an agreement over the loan of Capanni, who netted nine times in 12 league appearances for the Primavera last season.

We were the first to report the news via our correspondent Pietro Balzano Prota, who told us Milan were one step away from closing the deal.

Racing have also confirmed the signing via the video below…