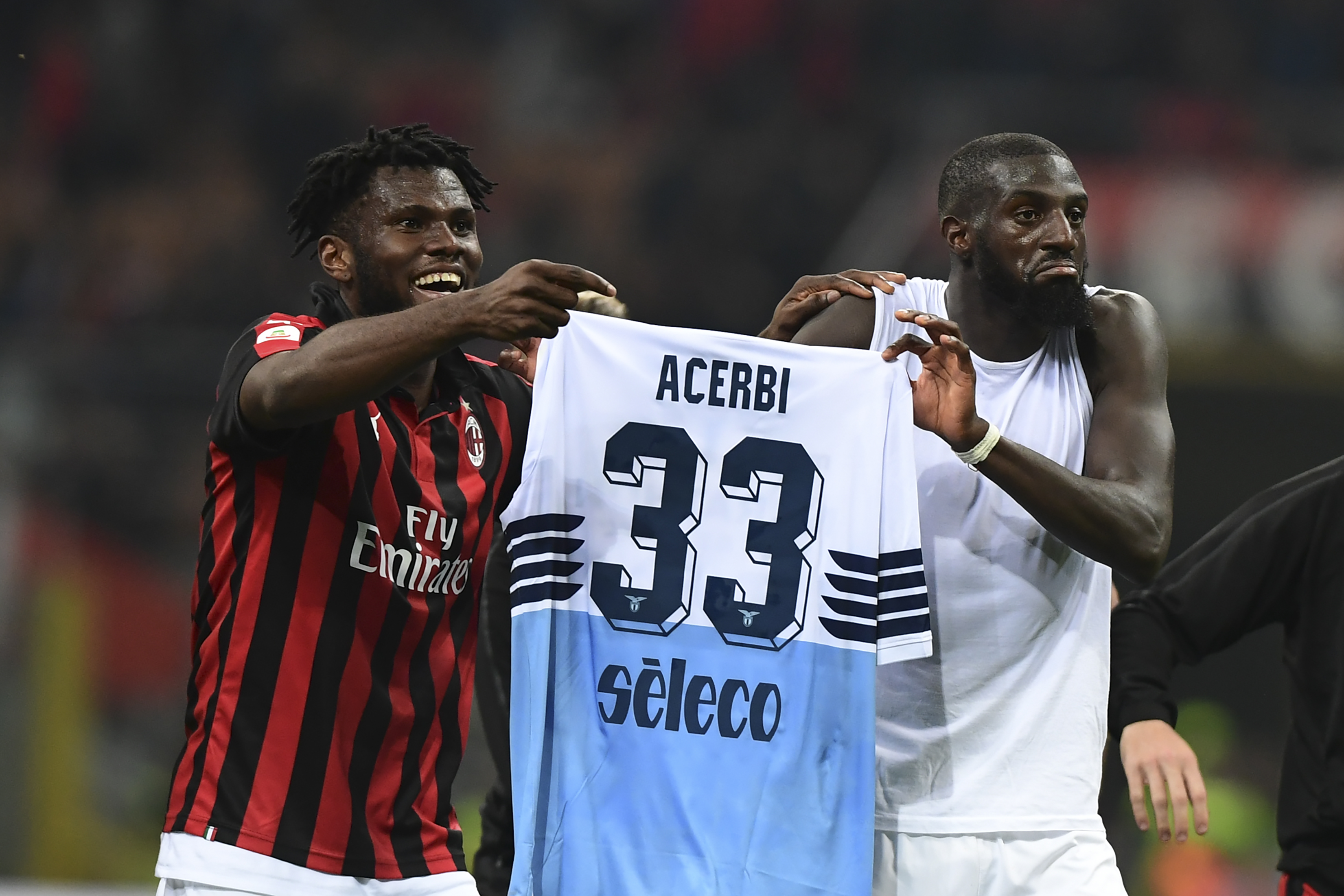 Last night, after the game between Milan and Lazio, Bakayoko and Kessie held up Acerbi’s shirt in front of the Curva Sud, responding to the Lazio’s defenders comments earlier this week.

AC Milan have now released a statement on the matter, clarifying Bakayoko and Kessie’ actions, as the case has now been sent over to the sporting judge for review.

“AC Milan intends to reconstruct the events following the meeting of the 32nd matchday between Milan and Lazio and to express some clarifications. The Rossoneri players, at the end of the game, went to the Curva Sud to greet the public. It is customary to approach the stands for a final thank you.

“Yesterday evening, Tiémoué Bakayoko joined his teammates under the stands with Francesco Acerbi’s jersey, having just exchanged the shirts a little earlier, and he showed it for a few seconds (along with Franck Kessie) to the public with the sole intention of celebrating an important victory.

“No mockery, no aggressive or anti-sporting intentions: an innocent, naive response to the friendly exchange of tweets with Acerbi in the days before the race. AC Milan is founded on values ​​such as respect (on and off the field), equity, inclusion: Tiémoué and Franck know, share and express those values ​​every day,” the statement read.