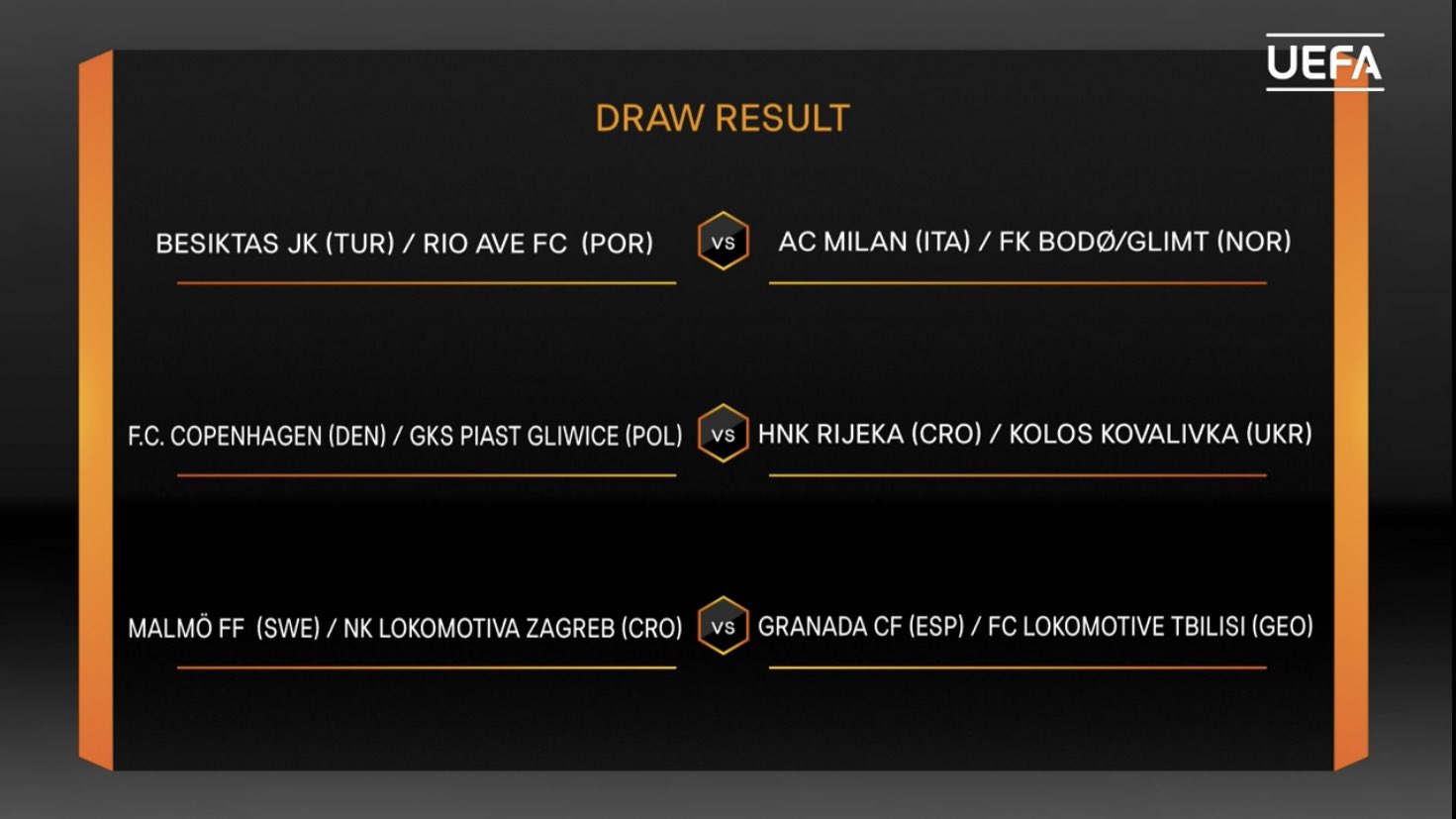 Official: AC Milan to face Bestikas or Rio Ave if they reach Europa League Play-Off round

AC Milan have drawn the winner of Bestikas vs. Rio Ave away from home in the Play-Off round of the Europa League qualification stage.

The Rossoneri secured their place in the third qualifying round after last night’s 2-0 win over Shamrock Rovers in the Irish capital thanks to goals from Zlatan Ibrahimovic and Hakan Calhanoglu.

That sets up a tie at San Siro on September 24 against Norwegian side Bodo/Glimt in the third qualifying round, with the winner of that game knowing they are just one victory away from reaching the group stages and pocketing €15m.

After yesterday’s matches, the pre-draw for the Europa League Play-Off round took place on Friday morning, and Milan managed to avoid the likes of Spurs, Wolfsburg and PSV.

However, it has been confirmed that a tough trip to face either Besiktas or Rio Ave awaits if they are to get past the high-flying Norwegian side next week.