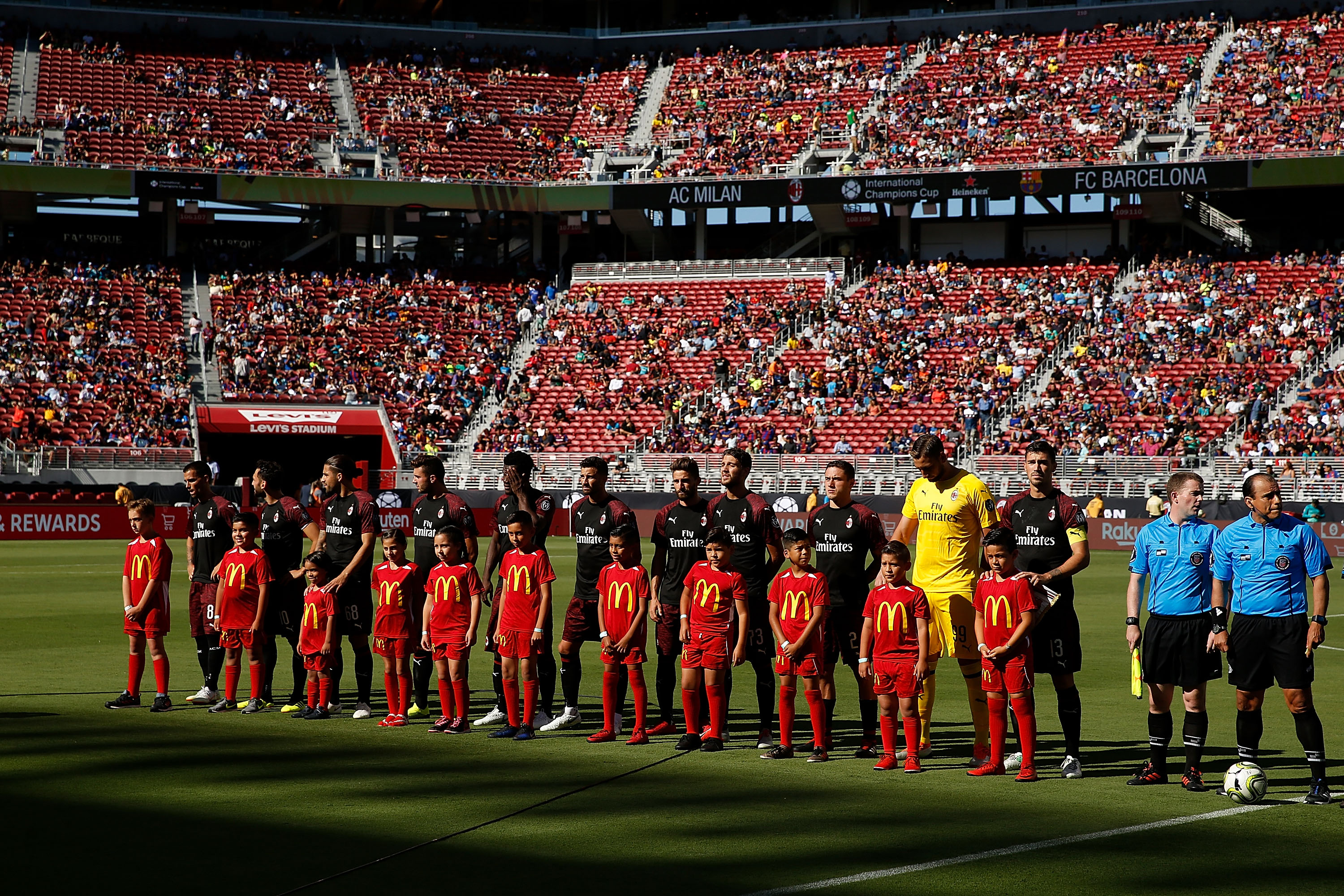 It has been confirmed that AC Milan will be participating in the 2019 International Champions Cup over the summer.

A statement on the ICC’s official website reads: ‘The International Champions Cup is back this summer and Relevent is delighted to announce AC Milan, the 18-time Serie A title winners, will be among the soccer powerhouses to compete in the 2019 edition of the tournament.

‘It will be the sixth time the Rossoneri have been involved in the summer’s premier club soccer competition. The Italian side are European royalty having won the European Cup on seven occasions, a total only Real Madrid can better.

‘One of the most successful clubs in European soccer, the International Champions Cup is delighted to welcome them back this summer.

‘The rest of the teams competing at the 2019 International Champions Cup will be announced in the coming days, while you can find out who AC Milan will face this summer and what cities they will be playing in at our launch event on March 27.’

AC Milan went to penalties against Premier League side Manchester United at LA Galaxy’s StubHub Center to begin the 2018 ICC, before losing to eventual winnersTottenham Hotspur.

The Rossoneri ended their tournament with a last-minute winner against FC Barcelona at Levi’s Stadium in San Francisco.