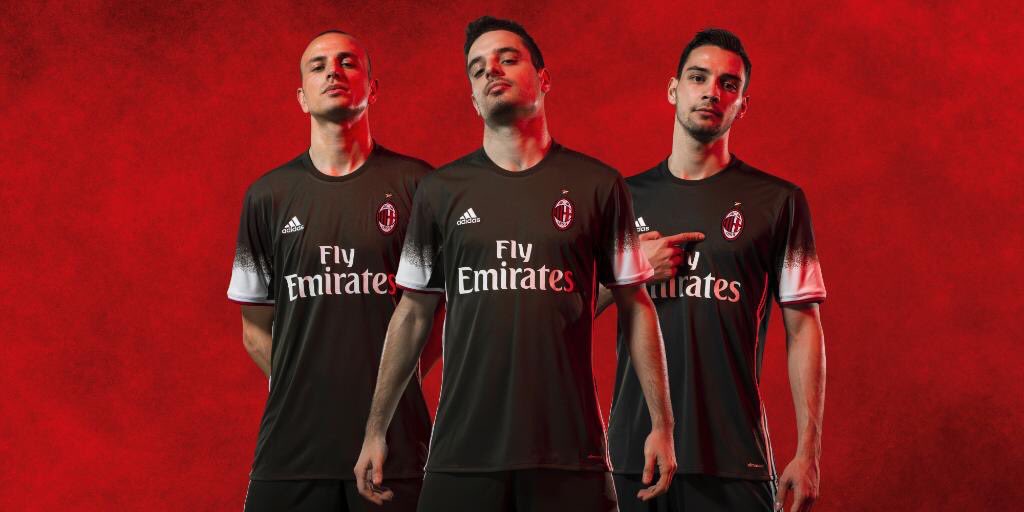 The AC Milan third shirt for the 2016/17 season has been officially unveiled, and it matches the leaked designs as expected.

The shirt is predominantly dark grey/green with white sleeve ends and small trim, possessing a round neck as opposed to the collared away shirt.