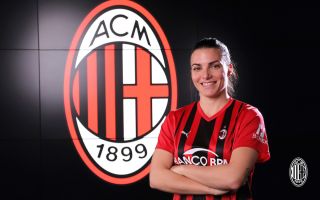 AC Milan Women have officially announced the signing of Alia Guagni, who comes to Italy after playing for Atletico Madrid.

The defender is a talented player who has won a plethora of trophies, including the Scudetto and Supercoppa Femminile with her first club, ACF Fiorentina. Guagni is also an experienced international who also happens to be the vice-captain of Italy’s women’s football team (le Azzurre).

The full-back has signed a contract with the team until June 30th, 2023, and will wear the number 37 jersey, the club website has confirmed.