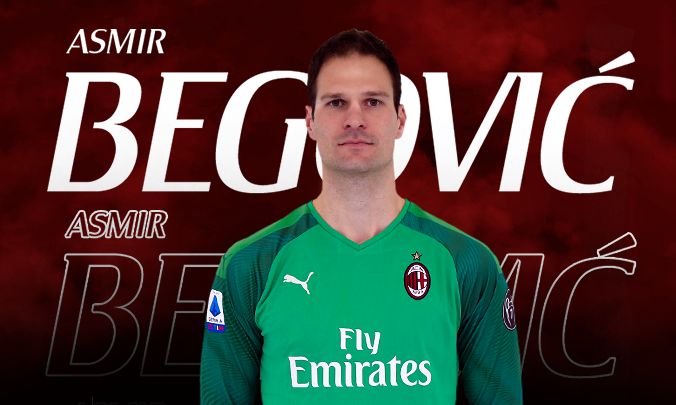 Gianluigi Donnarumma’s back-up was Pepe Reina, but minutes prior to the announcement of Begovic’s arrival the Rossoneri confirmed that the Spaniard has departed for Aston Villa on a six-month loan deal.

Now, a statement on Bournemouth’s website has announced that the Bosnian’s switch from the Vitality Stadium to San Sire has been completed.

It reads as follows: ‘AFC Bournemouth goalkeeper Asmir Begovic has joined Serie A side AC Milan on loan until the end of the season.’

The 32-year-old was on loan at Azerbaijan Premier League side Qarabag for the first half of the season and has made 62 appearances for the Cherries in the Premier League since arriving from Chelsea back in 2017.

A statement from Milan is expected in due course to confirm further terms of the deal, while it is possible he will share an unveiling in front of the media with Simon Kjaer on Thursday.