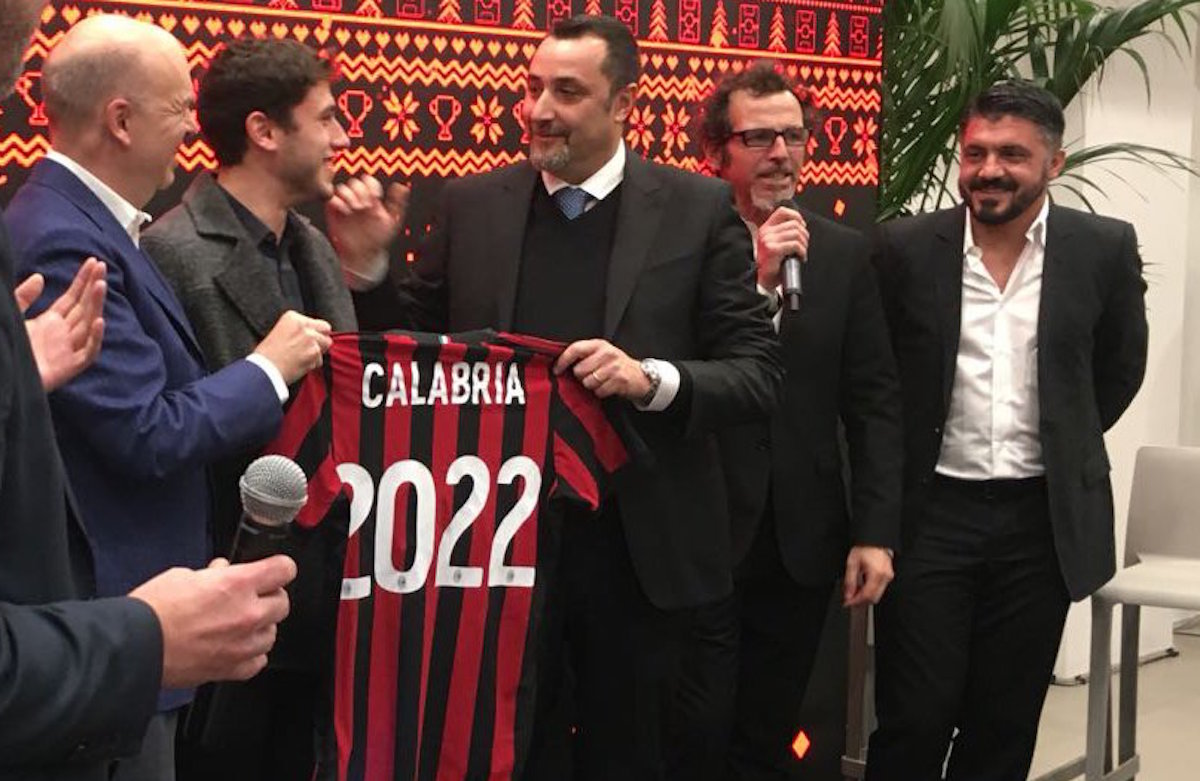 AC Milan have officially announced that defender Davide Calabria has signed a new deal at the club until 2022.

The announcement was made by CEO Marco Fassone during an event where the Rossoneri were celebrating their youth team players. Fassone told them: “I have a surprise for all of you; Mirabelli and I have found an agreement with Calabria who will be tied to the club for another four and a half years.”

Calabria – who came up through the Primavera – has made ten appearances for the Rossoneri in all competitions so far this season.

A statement on the club’s site read: “Calabria and AC Milan continue together! Davide has put pen to paper and has extended his contract with the club.

“AC Milan announces that Davide Calabria has renewed his contract with the club through to 30th June 2022.”