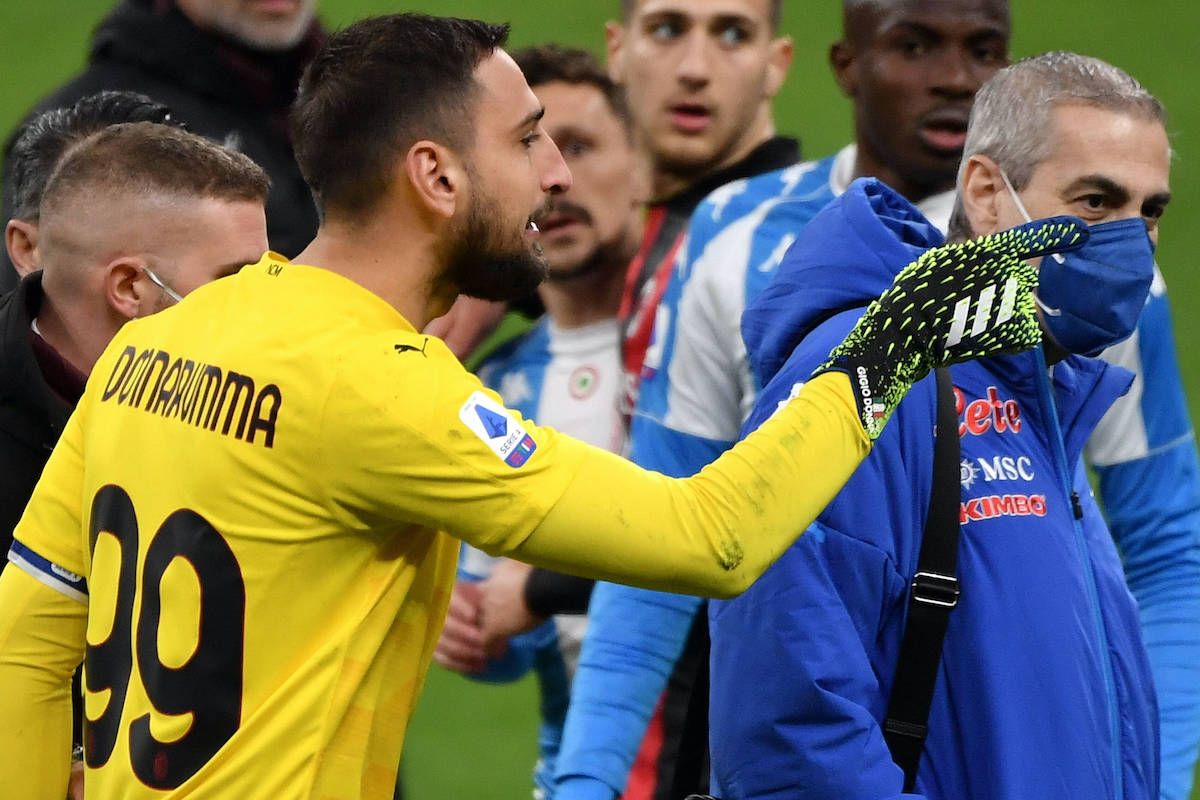 After Ante Rebic got a two-match ban for his insult to the referee in Sunday’s defeat to Napoli, Gianluigi Donnarumma has also been punished.

Donnarumma launched into a furious tirade at the end of AC Milan’s 1-0 defeat to Napoli last night, aimed at the opposition bench.

At the full-time whistle last night there was a bit of tension between Donnarumma and Napoli as the stand-in Milan captain went over the bench, gesturing and shouting his displeasure about the repeated protests that came from Gattuso’s staff.

Now, the Sports Judge has confirmed a fine of €10,000 has been issued to the Italy international for having – at the end of the match – assumed a ‘threatening and offensive attitude towards the members of the opposing club’s bench’. They add that he addressed one of them an insulting expression, as heard by the Prosecutor’s Office Federal.

Below is the official note from the Sporting Judge…