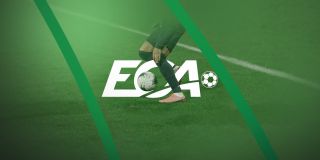 The European Club Association have confirmed that AC Milan are one of nine clubs who have been reinstated after the failed European Super League project.

The clubs were effectively rendered out of the ECA when they decided to commit to the new European Super League project, but that has since crashed and burned leaving question marks about what happens with those teams who pulled out of the project.

“In its decision, and after a thorough process of re-engagement by the clubs and re-evaluation by the ECA in recent months, the ECA Board of Directors has considered the recognition by the clubs that the so-called European Super League project (“ESL Project”) was not in the interest of the wider football community and their publicly communicated decisions to abandon the ESL project entirely. The ECA Council also recognised the declared willingness of clubs to actively engage with the ECA in its collective mission to develop European club football in the open and transparent interest of all, not a few,” the statement reads.

“This decision by the ECA Board of Directors marks the end of a regrettable and turbulent episode for European football and aligns with the ECA’s relentless goal of strengthening unity in European football. Through this period of unprecedented challenges, the ECA has firmly established itself as the only organization through which major clubs in Europe can promote and protect their interests in football, while also developing the competition landscape and strengthening the centrality of clubs. in the governance of European football.

“The ECA can now proceed with renewed unity and solidarity to continue the important work needed to stabilise and develop European club football, when this is most needed.”