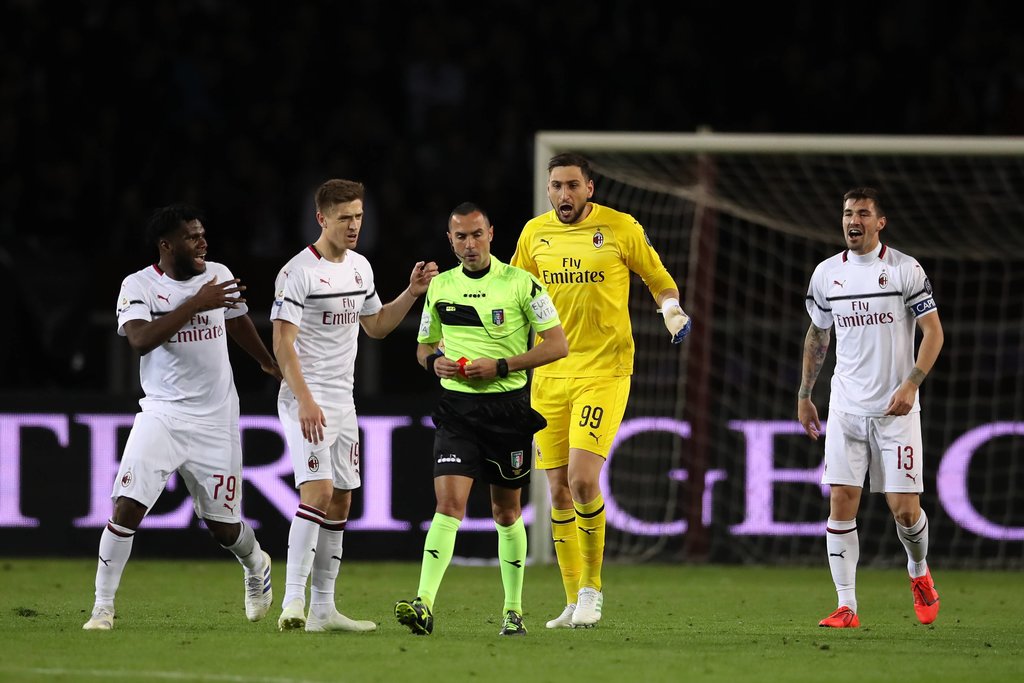 Official: Guida will officiate Milan’s clash against Juve – Giacomelli in charge of VAR

On the eve of the clash between AC Milan and Juventus, the AIA have announced the officiating teams for the 31st round. After the crushing win against Lazio, the Rossoneri will be looking to beat another Scudetto contender.

Marco Guida has been assigned the game as the head referee, assisted by Carbone and Longo. La Penna will be the fourth official and VAR will be controlled by Piero Giacomelli. The last time Guida officiated a Milan game, the latter lost against Torino by 2-1.

As for Juventus, they won their last game when Guida was in charge, beating Inter by 2-0 at the Allianz Stadium. Hopefully, the outcome will be better for the Rossoneri tomorrow evening, although it will be a very tough game.

According to Gazzetta Dello Sport (via SempreMilan.com), Stefano Pioli is leaning towards confirming the starting eleven he used against Lazio. Juventus, meanwhile, will be without the suspended Matthijs De Ligt and Paulo Dybala.